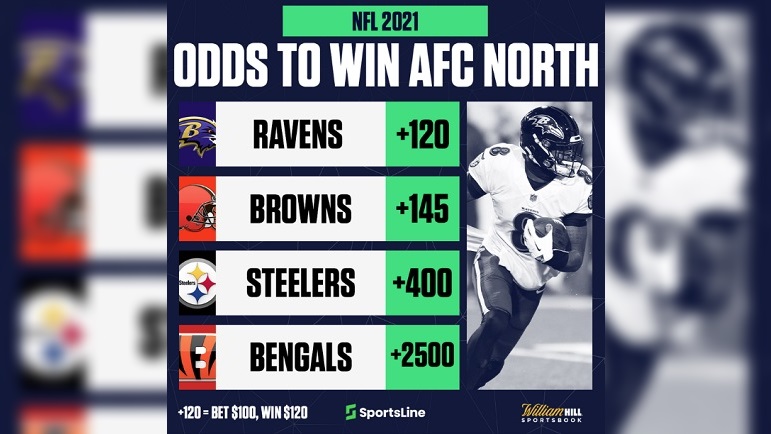 In case you have not been paying attention most of the offseason, the Pittsburgh Steelers aren’t being given much of a chance to win the Super Bowl in 2021. In fact, most oddsmakers have the Steelers projected to finish third in the AFC North this year behind the Baltimore Ravens and Cleveland Browns.

While it varies on who’s favorited to win the division between the Ravens and Browns for the most part, William Hill Sportsbook has the former as their current favorites in the AFC North with +120 odds and the latter in second at +145.

The Steelers now +400 to win the AFC North per @WilliamHill #Steelers pic.twitter.com/Z2nS85JIRj

The Steelers, not surprisingly, are listed as the third best odds to win the AFC North in 2021 at +400 and they are followed by the Cincinnati Bengals, who are longshots at +2500.

Barring something substantial happening between now and the start of the 2021 regular season, expect the Steelers to remain huge underdogs to win the AFC North in 2021.