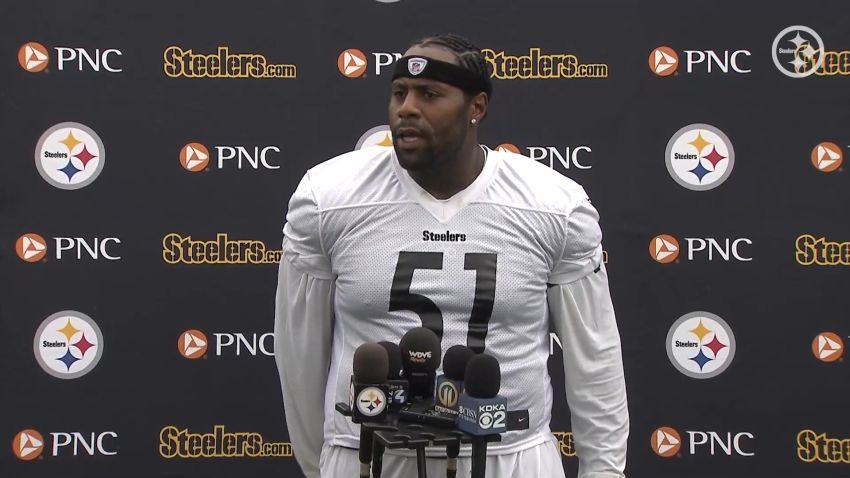 Words matter when we speak. We wouldn’t get mad at what people have to say if that were not the case, so it’s never a bad thing to try to make an effort to choose your words wisely. One word that new Pittsburgh Steelers right guard Trai Turner was looking to avoid using was ‘replace’.

In literal terms, Turner was brought in to replace David DeCastro, who had been the Steelers’ starting right guard for the past nine seasons, and made the Pro Bowl six time in doing so. The 2012 first-round pick carved out a genuine legacy  for himself, but circumstances largely out of his control dictated a parting of company this offseason.

“I just look at it like it’s a new era, and different times at different places”, Turner told reporters after practice when he was asked his thoughts on replacing DeCastro. “Everything has an expiration date at some point. DeCastro is a great player. I’m not necessarily saying I’m replacing him. I’m just the new right guard”.

Turner himself is a seasoned veteran. He is entering his eighth season, and has five Pro Bowls on his resume. But he also has a bit of a rocky immediate past. He was traded from the Carolina Panthers to the Los Angeles Chargers last season, and he missed nearly half the season, playing only 536 snaps, due to injury.

He was a salary cap casualty earlier this offseason, and remained unsigned until the Steelers brought him in for a second visit, agreeing to terms on a one-year, $3 million contract. That move came on the same day that they released DeCastro with a Non-Football Injury designation.

DeCastro later confirmed that he had an MRI done during minicamp that confirmed he would need surgery to repair an issue with his ankle, stemming from an injury that his doctors believe goes back to his rookie preseason, when he tore his MCL.

He is now contemplating whether or not he wants to continue playing, which he cannot decide until he recovers from the surgery, which will take months. Pittsburgh could not wait that long, and they knew they needed the cap space to find a suitable alternative.

And so that’s how we got where we are today, with DeCastro off the roster, and Turner taking first-team reps at right guard with the Steelers. It’s very much a new era, but not just because of that one move. Nearly the entire offensive line is different.

Maurkice Pouncey retired. Alejandro Villanueva and Matt Feiler both left in free agency. Kevin Dotson is only going into his second season, while Kendrick Green is a rookie. Turner is likely to be a one-year stopgap, as well, though that’s a question for March. For now, he’s just the new right guard.