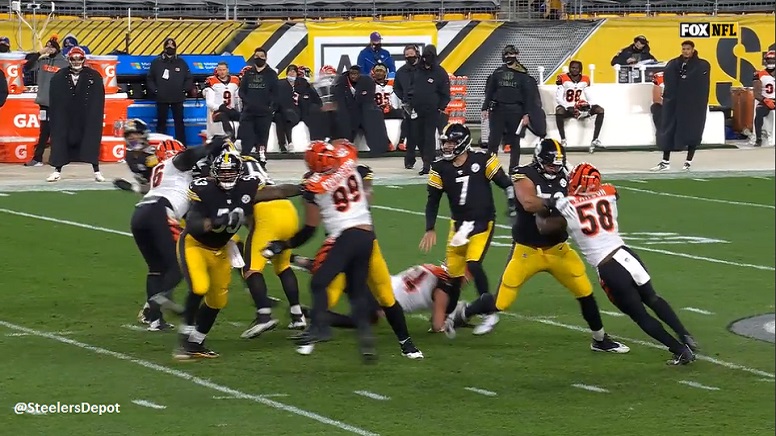 The Pittsburgh Steelers had an unfortunate development over the course of the offseason, during which it became apparent to them that they could not afford to carry an injured David DeCastro on the roster any longer. After getting an MRI during training camp that revealed he would likely need another surgery on his ankle, the team elected to waived him with a Non-Football Injury designation, fearing they wouldn’t be able to have him this year, nor anybody adequate to fill his shoes, unless they recouped his salary.

That is the course of action they took, and they used a portion of his due salary for this season to turn around and sign veteran guard Trai Turner, a former five-time Pro Bowler who himself is coming off of injury, but is healthy now. And he comes in knowing exactly what’s expected of him: Guard the franchise.

“He’s a legend in his own right. He’s a legend”, the newest Steeler said of quarterback Ben Roethlisberger, during an interview on The Total Access program on NFL Network yesterday. “I’m just excited to be able to get around him and just learn what I can learn from him. When somebody’s been playing the game for that long, they have a lot of information to give, so I’m just gonna soak it all up, but most importantly, keep him upright. That’s the most important part, giving him opportunity to go out there, spin the ball, and do what he do”.

Roethlisberger is returning for his 18th NFL season this year as a 39-year-old veteran, which most anticipate will be his final year. When he takes the field, it will likely be with a lineup consisting of zero offensive linemen who have started even one full game at their position for the Steelers without being an injury replacement.

Turner is just the latest part of the turnover from last season, replacing DeCastro. Maurkice Pouncey also retired, and he is likely to be replaced by rookie Kendrick Green. Kevin Dotson, who did start four games last season, including two at left guard, will take over there for Matt Feiler. Zach Banner will resume the right tackle position after being injured in his first start last year. And Chukwuma Okorafor, who started 16 games on the right side last year, is expected to slide to the left side to replace Alejandro Villanueva.

This is by far the most dramatic turnover of the line in Roethlisberger’s career. He’s had Pouncey in front of him since 2010, DeCastro since 2012. Even Villanueva had been there since 2015. Ramon Foster and Marcus Gilbert also had many years together.

It’s all the more important that every single linemen individually does his job this year, then. The interpersonal chemistry will have to be developed over time, as only so much of it comes only through instruction as opposed to experiential repetition.