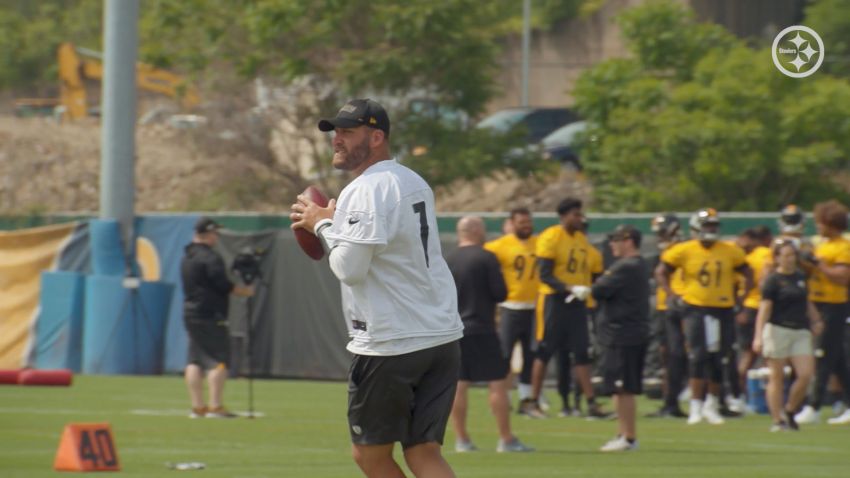 In what will probably be one of the final power ranking articles before the regular season starts, the Pittsburgh Steelers sit slightly above average in Sporting News’ list of the NFL 1-32. Author Vinnie Iyer places the team 14th overall heading into the start of the preseason.

He sums up the team with the following paragraph.

“The Steelers don’t need to worry about their defense being a reliable strength. They go into camp with new offensive coordinator Matt Canada trying to restore their power running with rookie first-rounder Najee Harris. Ben Roethlisberger is trying to hold back Father Time with better health, but after a bad playoff end with a weaker arm, the 39-year-old needs a standout camp leaning on play-action to inspire again. Whispering Big Ben still will give the Steelers the fourth-best all-around QB in the division.”

A pretty harsh assessment for a team still ranked, though barely, in the top half of the league. The good news is the Steelers’ defense should be a strength overall, though likely a unit that will have taken a step (or two) back from the past two seasons.

Iyer’s focus is on the Steelers’ offense. Primarily, Ben Roethlisberger. In what could be his final year in the league, Iyer argues the Steelers must do a better job of building around him. A stronger run game, an increased use in playaction, a more balanced offense. All of that is fair, though it ignores the times Roethlisberger played well last season. He carried a one-dimensional offense to win after win, including his comeback performances in the first meeting against Baltimore and their division-clinching win against the Indianapolis Colts.

Iyer finishes with the Peoples’ Elbow of a conclusion, calling Roethlisberger the fourth-best QB in the North. That places him behind Baker Mayfield, Lamar Jackson, and even Joe Burrow. Putting Roethlisberger behind Mayfield and Jackson is fair and probably justified. Calling him worse than Burrow, based on what we know now, is a stretch.

For what it’s worth, the Steelers have made a small jump in SN’s power rankings since earlier in the summer, when they were ranked 16th. Perhaps the addition of Melvin Ingram, a key piece of OLB depth, bumped them up those extra two spots.

The Tampa Bay Buccaneers continued to hold the top spot ahead of the Kansas City Chiefs. The Houston Texans finished last.