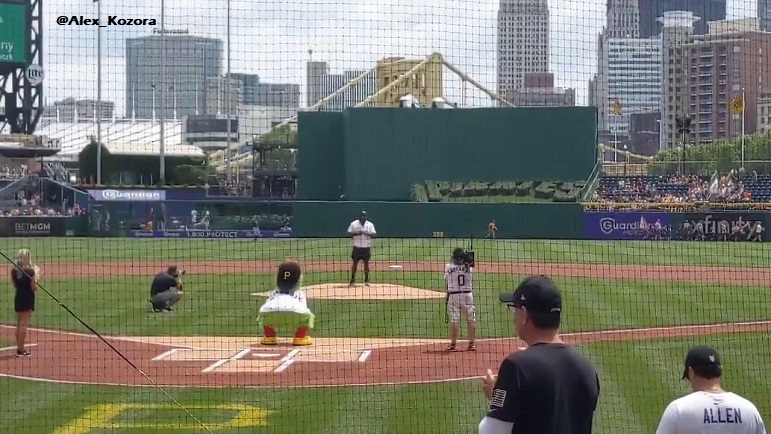 Several Pittsburgh Steelers players have already thrown out the first pitch at a Pittsburgh Pirates game this season, and on Sunday it was second year guard Kevin Dotson to do the honors.

Dotson revealed ahead of the Pirates’ Sunday home game against the New York Mets that he would indeed be throwing the ceremonial first pitch. He tweeted before the game that he was going throw the ball as hard as he possibly could.

The Steelers young guard missed high and outside, and the Pirates Parrot failed to catch the baseball. Even so, Dotson’s offering on Sunday was better than that of Steelers tackle Zach Banner, who bounced his pregame first pitch attempt earlier this month.

Dotson, according to his social media accounts, had family in Pittsburgh on Sunday and with him at the Pirates game. Our very own Alex Kozora was present for the game as well.

The Pirates ultimately lost to the Mets 7-6.