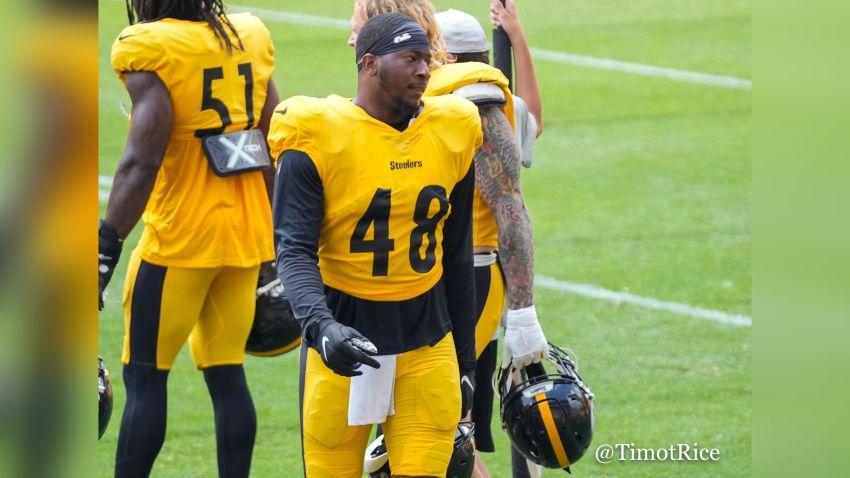 After losing Bud Dupree and Ola Adeniyi in free agency, the Steelers had second-year Alex Highsmith ready to step into the starting lineup, but there were many who felt that outside linebacker had suddenly become their biggest need on defense, at least in terms of depth.

That they failed to address the position in free agency, and then waited all the way to the sixth round before adding a player, was perplexing, but there is some optimism about Quincy Roche, that sixth-round pick out of Miami by way of Temple.

As soon as he was drafted, he being labeled a steal left and right, everybody from Pro Football Focus to Bleacher Report to Brian Baldinger and no doubt plenty of others. Now, not everybody who is labeled a steal actually goes on to exceed their draft position—but some of them do.

Roche’s prospects of making an early impact were diminished this past month when the Steelers signed free agent outside linebacker Melvin Ingram, bringing the former three-time Pro Bowler in on a one-year, $4 million deal.

Needless to say, Pittsburgh has their top three in T.J. Watt, Highsmith, and Ingram. That leaves him competing with Cassius Marsh, primarily, for that fourth wheel, so to speak, a player who might not see the field much at all, barring injury.

That means his top priority is making his way through the special teams units and making sure that he is seen as valuable to Danny Smith. It should go without saying that any linebacker drafted on Day 3 is going to have to be a fixture on special teams, though.

And the thing is, you can never have too many pass rushers. Even regardless of injuries, if you really have four pass rushers that you feel comfortable with, then you’re actually going to play them, because doing so keeps everybody fresh in the long run.

This is more common with 4-3 teams than 3-4 teams, but perhaps as the lines continue to blur between the two, it will be more common to see that take place with outside linebackers. Elongating the season also helps to make it more likely the coaches want to get their starters some breathers.