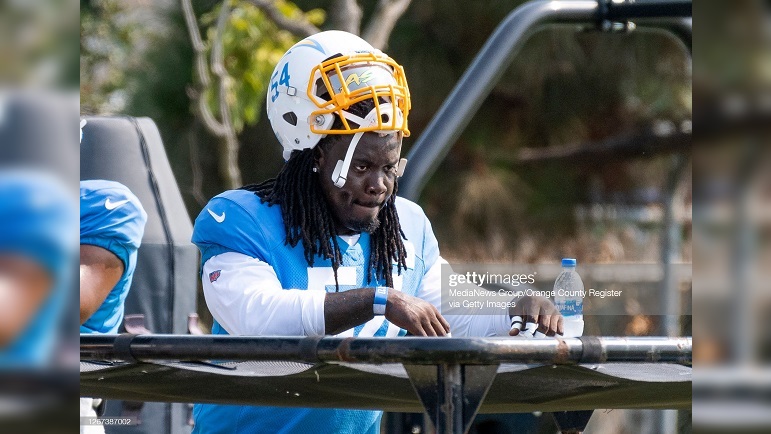 Last season, new Pittsburgh Steelers outside linebacker was a member of the Los Angeles Chargers, the organization that originally selected him in the first round of the 2013 NFL Draft out of South Carolina. He made $14 million in 2021 with the Chargers but when on to only play in seven games during the season due to a knee injury. That injury, combined with Ingram now being 32 years old are likely reasons why the Chargers chose not to re-sign him this offseason. On Saturday, Ingram was asked if him not getting a new deal this offseason from the team he had spent his entire NFL career to date motivates him any.

Ingram didn’t seem to get much of any serious attention while unemployed this offseason as an unrestricted free agent. When he flew to Pittsburgh for a visit last week, it didn’t take him long to decide to sign with the Steelers.

“I just felt like the program, the coaches, the team, everybody, it was a place I felt like I could call home, a place I can come in and fit in,” Ingram said on why he signed with the Steelers. “Everything was amazing here, down to the coaches, the players, the city, just how they do everything. They welcomed me with open arms.”

Ingram’s deal that he signed, why techincally a five-year deal because of four voidable years being added to help the Steelers out salary cap-wise, is essentially for one year and $4 million. He said on Saturday it was his decision to go only one season with the Steelers.