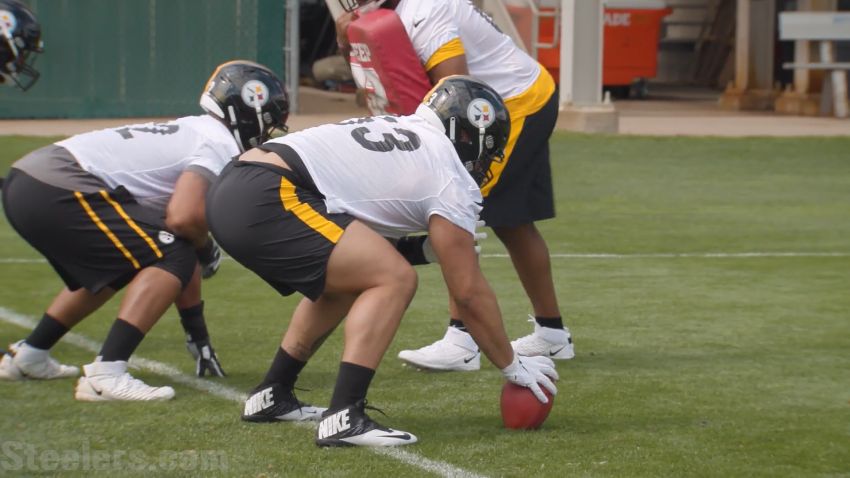 The Pittsburgh Steelers will have their hands full during training camp and the preseason trying to wrangle together their new offensive line, which consists of some brand new moving parts, as well as carryover pieces in new or unfamiliar places.

Coming off the unit’s worse season in more than half a decade, it was time for at least the start of a rebuild, which one could argue began last year with the drafting of Kevin Dotson. He is projected to be the starting left guard this year. And the man expected to start next to him, taking over at center for the retired Maurkice Pouncey, is rookie third-round pick Kendrick Green.

Coming out of Illinois from a defensive background, Green actually spent most of his career playing guard, rather than center, but the latter is the position the Steelers had in mind for him to play when they selected him. Pro Football Focus seems about equally as high on him, ranking him 23rd on a list of centers before he even plays a snap, as Ben Linsey writes:

There was much talk about the Steelers’ need to address their offensive line heading into the 2021 NFL Draft. They drafted Green in the third round as a result, their first attempt to attack the unit. He spent most of his time at guard at Illinois, but he saw several starts at center, as well.

You like to see the year-to-year improvement he showed after making the switch from defensive tackle to guard in college, raising his grade from 59.0 in his first year as a starter in 2018 to 88.0 this past season. His athleticism and explosiveness should help kickstart Pittsburgh’s run game.

Green was one of two rookies to feature on the list, which perhaps notably did not include Landon Dickerson. Creed Humphrey of the Kansas City Chiefs was ranked 16th, a player many Steelers fans wanted to see their team draft in the second round.

While Green is expected to be the starter, it will not be handed to him. The Steelers retain J.C. Hassenauer from last season, who started three games there in 2020. They also brought back B.J. Finney, a long-time reserve, who has 12 career starts, with five at center.

The rookie is obviously viewed as the future starter, sooner or later, but if it happens to be later due to his not being ready to take the reins right away, then the team, I think would be comfortable letting things ride with one of the more experienced players currently on the roster.