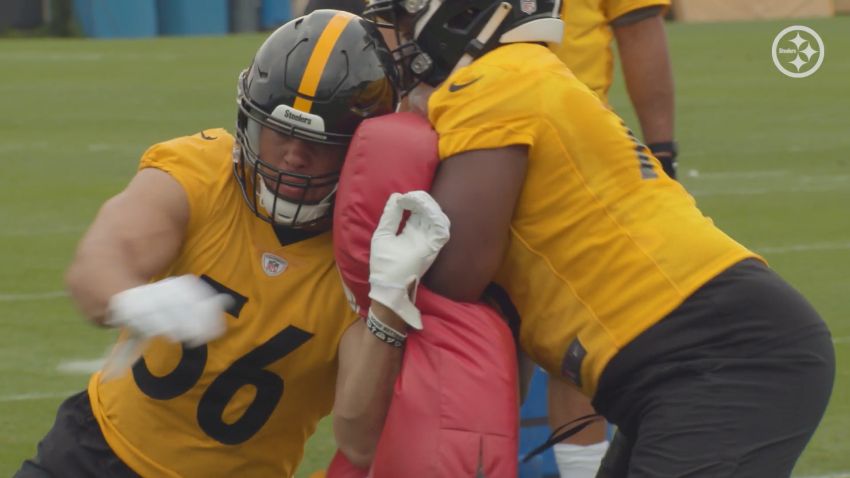 Keith Butler doesn’t know if Alex Highsmith will be the Week 1 starter against the Buffalo Bills. What he does know is Highsmith is a very coachable player. Butler spoke with the media for the first time this training camp and praised Highsmith’s football IQ and ability to learn from his mistakes.

“Last year, when we had him as a rookie, we’d tell him to do something one time and he did it,” Butler told reporters via a team transcript. “He was very easy to coach. He comes off the sideline, he doesn’t drop where he’s supposed to. So we tell him, ‘Okay, look at this and drop where you’re supposed to.’ He does and he picks the pass off. He is easy to coach. Real easy guy to coach. Got a great attitude. I wish I had eleven like him.”

Butler is referring to Highsmith’s interception against Lamar Jackson and the Baltimore Ravens. After screwing up his assignment on the same play in the first half, he adjusted and picked Jackson off to start the third quarter. It proved to be the catalyst that led the Steelers’ comeback victory.

Here’s what Highsmith said about the play after the game.

“We had one of our packages in, that I was in, so I knew when that play started they were coming back to that because they ran the same play on the first half, and I didn’t drop deep enough, and they threw it over my head, so I learned from that play and just dropped deeper.”

Highsmith finished the season with five starts, replacing Bud Dupree after tearing his ACL, with 48 tackles, six QB hits, and two sacks. He was fully expected to start the season at ROLB until the team signed veteran Melvin Ingram. Now, his role is a little less clear. When asked, Butler would not confirm if Highsmith would start.

Still, Butler has been happy with what Highsmith has done over the first 14 months of his pro career. With the addition of Ingram, the Steelers have a much stronger three-headed attack led by DPOY candidate T.J. Watt. Pittsburgh will look to continue their string of 50+ sack seasons. They’ve done it four years in a row the first team to accomplish that since the Lawrence Taylor-led New York Giants. No team has done it five straight seasons since the mid-80s when Chicago, Dallas, and Washington did it five years running from 1983 to 1987.