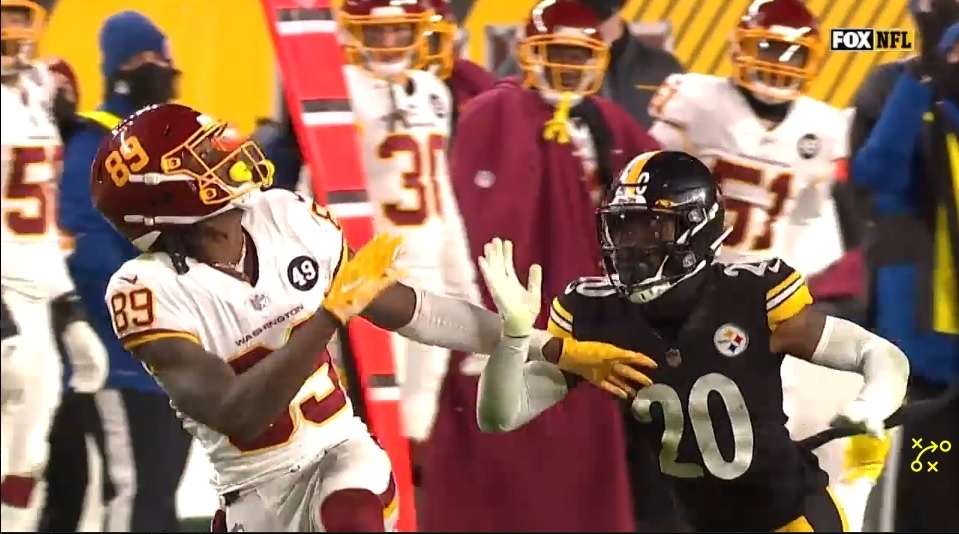 It’s still very early in training camp and the preseason but there is a little bit more clarity among some of the sub-packages roles in the Pittsburgh Steelers’ secondary. Antoine Brooks Jr. and Arthur Maulet appear to be the frontrunners for the slot job, replacing Mike Hilton after he signed with the Cincinnati Bengals. Nothing is set in stone, those two have a long ways to go, but that’s where the team is starting.

Let’s assume one of those two guys wins the job. What roles are still up in the air? What’s left is the dime defender role. So what if the guy who held that role in 2020 does it again in 2021? That’s Cam Sutton.

Sutton served as the Steelers’ dime defender last season. With Hilton and Steven Nelson out of the picture, Sutton will bump up to the starting right corner in the team’s base, 3-4 defense. That was easy enough to figure out. Everything else was unclear.

But let’s say Brooks Jr. wins the job and is the team’s starting slot corner. Here’s how the nickel secondary looks.

Simple enough. What about dime defense?

Coming into camp, it felt like the Steelers had a couple options for their nickel defense. Some new face could become the team’s slot corner and Sutton could stay on the outside or Sutton could kick inside with James Pierre coming onto the field at RCB. Why not apply that same idea to dime? Sutton reverts back to the dime defender with Pierre on the outside. So it’d look like this.

Sutton is easily the most versatile and trusted player in the defense. He can align all over the field, so however he needs to be used in dime for a particular game, he can. Line up over slot, out wide, and importantly, be able to rotate and spin with Minkah Fitzpatrick to drop him down to rob crossing routes on third and long. Pierre would get a limited set of pass-heavy snaps, limiting his snap count and to an extent, easing his way into serious defensive playing time.

There are some downsides here. You are asking Sutton, who the team paid this offseason, not to cover a top receiver on critical, get-off downs like third and long. He might be over slot, or on a back, or playing the deep half/deep middle. A far less proven player like Pierre would be asked to cover on the outside.

But if Sutton isn’t the answer, who? To be fair, he isn’t the only option. Maulet could probably do it. He’s nearly as versatile as Sutton though not as talented and not proven in the Steelers’ scheme. If Pierre is deemed the better player, then you play your best guys. Sutton’s versatility will allow the coaches flexibility to get their best six guys out there.

Should Pierre and Brooks Jr. play well this summer, and don’t forget all the hype Pierre had coming into camp, it’s possible to get both guys on the field in dime packages with Sutton occupying the home he played so well at for the past two seasons. The job that earned him a nice contract from the Steelers this offseason.