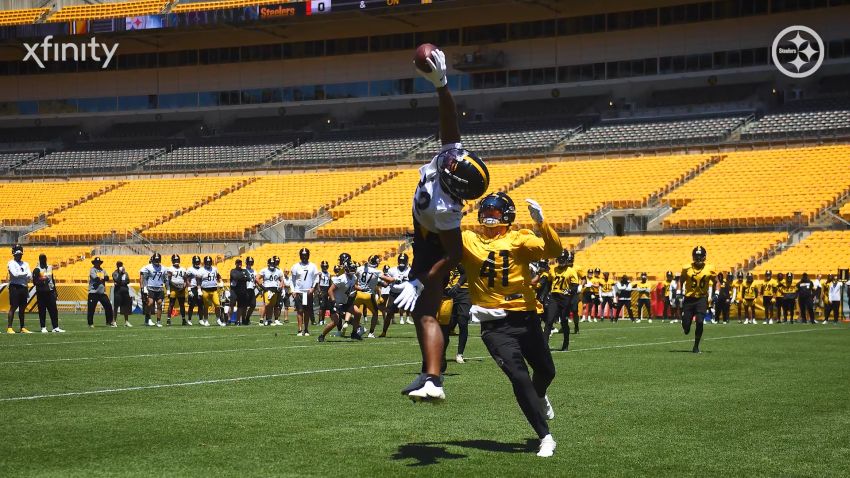 The Pittsburgh Steelers made Najee Harris their first-round pick and the 24th overall pick of the 2021 NFL Draft. Kevin Colbert isn’t trying to lower the bar. He spoke with NFL.com’s Ian Rapoport today and made perfectly clear his expectations for how Harris can and will help the team his rookie season.

“Him coming in as a senior out of college, he has more experience than some of the other underclassmen, so I think that will help him transition,” Colbert told Rapoport. “He’s coming out a traditional NFL-type offense that should help him transition.”

Harris returned for his senior year at Alabama and helped the Crimson Tide win a National Title. In 2020, he carried the ball 251 times for 1,466 yards, an average of 5.8 yards per carry, and 26 touchdowns. He also caught 80 passes over the past two seasons.

Considered the best and most complete back in the draft, Harris fills a major need in the Steelers’ offense. The offensive line must block better, that’ll be a critical component of the Steelers’ run game improving, but Pittsburgh has always preferred an every-down back. Colbert believes that’s who they have.

The Steelers had a bell cow in Le’Veon Bell, capable of playing 90%+ of the snaps and offered a similar skillset to Harris, who has drawn comps to Bell and former Chicago Bears’ running back Matt Forte. Pittsburgh tried to put James Conner in the same role and while he had the skillset to do it, he failed to stay healthy, forcing the Steelers to try ineffective, muddied committee approaches.

Harris was listed atop the Steelers’ depth chart in their first release over the weekend. He’s expected to be the starter from Week 1 and should break franchise rookie records in nearly every rushing category. Pittsburgh has only had one rookie back rush for over 1,000 yards in team history: Franco Harris eclipsed that mark in 1972.

Anthony McFarland, Benny Snell, Kalen Ballage, and Jaylen Samuels are battling for backup duties behind Harris. None of them have the size, power, and all-around ability as Harris.

Tomorrow will be the first chance to get a good look at Harris. Pittsburgh will be in pads for the first time this training camp. The Steelers are known to have the most active and physical camp practices with live-tackling sessions that have become incredibly rare in the league. Harris is also likely to participate in backs on ‘backers, a fan favorite drill that’s as competitive as anything they do at camp.