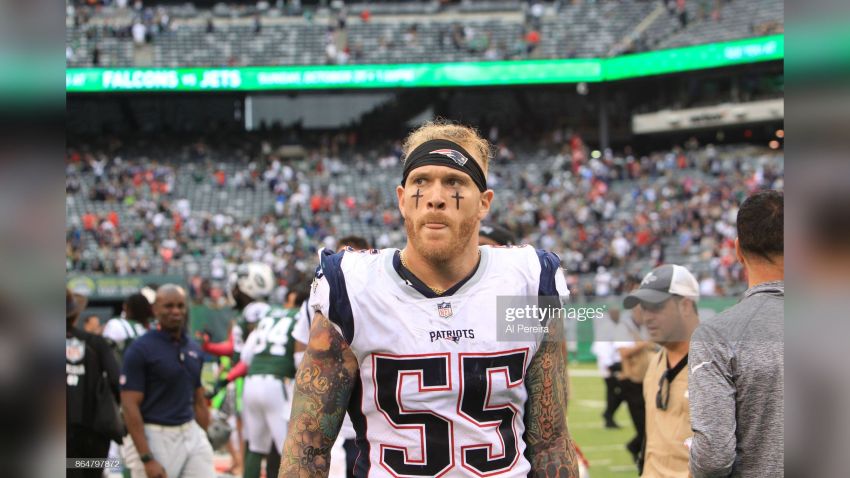 Cassius Marsh is pretty much the textbook example of a journeyman, and with the Pittsburgh Steelers’ recent acquisition of Melvin Ingram, perhaps, the security of his latest destination may be somewhat in question. But despite his transient relationship with a third of the league’s teams, he’s never felt encumbered by obligations or shied away from speaking his mind.

Originally a fourth-round pick out of UCLA by the Seattle Seahawks in 2014, he would find his second destination in the New England Patriots in 2017, whom they acquired via trade at the start of the season before waiving him three months later.

Marsh is probably best-known for his negative comments about his time with the Patriots, originally telling the San Francisco Chronicle in 2018 that they don’t have fun there, remarks that would be picked up by players on other teams. He doubled-down in a video post. Recently, during a podcast appearance, the subject came up again, and he reiterated his position.

“Their work ethic over there they instill is pretty legendary. They also treat players like crap”, he told Tom Segura. “You get there and you have to make time to eat in between meetings. And they are like 5-10-minute periods where I would literally go scoop food and put it in a cup and like crush it real quick before I got to the next meeting. There’s no fun. There’s no—well, that is what I got in trouble for, for saying they don’t have fun”.

But he said that, while nobody would back him publicly, he did have a number of Patriots players, no doubt including former teammates, who did come out and thank him for saying what he did, because few are willing to call out the culture.

“It was funny, when I did that article a lot of the players like thanked me for making it public on how bad they treat guys”, he said over the course of that podcast. “I mean, they win games so you just really can’t argue with championships”.

As you would expect, his remarks were met with some backlash, and for some reason, he’s still not well-liked up in New England, at least among the fans and the beat writers. Of course, it’s not as though he spent much time up there.

“New England is not the place you want to go and think you’re just gonna play first and you do your work later”, former Patriot Deion Branch said. “No, it’s you work first and then we play. As far as playing the game in New England, I do not agree with him on that. I never had a situation where I felt myself or any of my former teammates felt like they were mistreated”.

Meanwhile, Marsh is in a battle for a roster spot with the Steelers. T.J. Watt, Alex Highsmith, and Melvin Ingram are locks to make the team. Rookie Quincy Roche will probably be favored for a roster spot, as well. Through special teams play, he may have to convince the coaching staff to carry five at the position, whether he’s having fun or not.