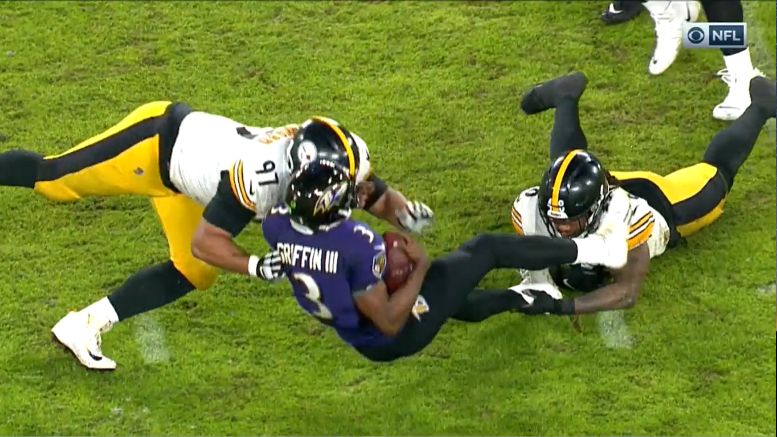 For a team that plays it so close to the salary cap every year, it was inevitable that the Pittsburgh Steelers would experience at least a minor talent drain when the salary cap scaled back $15 million, an economic ramification of the loss of in-stadium revenue in 2020 during the COVID-19 pandemic.

Part of that was the inability to do much to retain the majority of their unrestricted free agents, the most high profile of which was outside linebacker Bud Dupree, the six-year veteran who has been playing at a Pro Bowl level for the past couple of seasons. He signed a big-money contract with the Tennessee Titans, and he won’t be easily replaced. Nevertheless, the defense will accept no excuses for a drop in performance.

“We look at guys like [Alex] Highsmith, we bring back [Chris] Wormley, Tyson [Alualu], T.J. [Watt], [Stephon] Tuitt, me and add a guy like Melvin Ingram. We got a squad. I don’t look for us to drop off at all”, defensive captain Cameron Heyward told reporters earlier today, via 93.7 The Fan.

Heyward on losing Dupree-“We look at guys like Highsmith, we bring back Wormley, Tyson, TJ, Tuitt, me and add a guy like Melvin Ingram. We got a squad. I don’t look for us to drop off at all.”

Dupree recorded eight sacks and 15 quarterback hits in 11 games for the Steelers last season before suffering a torn ACL. Highsmith, then a rookie drafted in the third round out of Charlotte, started the final five games of the season. His play was generally assessed as above the line, and they anticipate his cleanly ascending into a starting role this year.

Nevertheless, they did add Ingram, himself a former three-time Pro Bowler, on the eve of training camp, to secure some quality depth at the outside linebacker position. It remains to be seen how much he plays, but he certainly provides them with high-level insurance.

And, of course, the defensive line remains stout as ever. Heyward once again made the Pro Bowl, while Tuitt frankly should have. Alualu, in his first season as a full-time nose tackle, put in arguably the best season of his career.

And, of course, there is Watt, perhaps the best defensive player in all of football, with few rivals. You see the names of the likes of Aaron Donald, Khalil Mack, and Myles Garrett, but at the very least, you could make a strong case for him being at the top of even that remarkable group.

At least as it concerns the front seven’s ability to get after the passer, there shouldn’t be a significant drop off with the loss of Dupree, given the talent that they do have, and the talent that they are developing. Dupree himself took a few years to truly come into his own. Now it’s Highsmith’s turn to take over that role and make it his own.