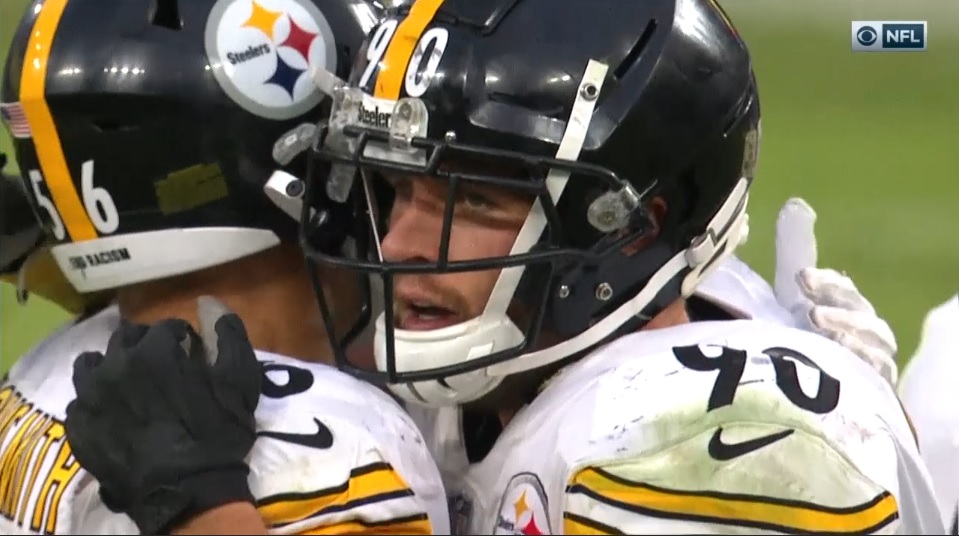 Topic Statement: The Steelers should use some 3-OLB packages this season.

Explanation: After adding Melvin Ingram to the 90-man roster, the Steelers have a strong three at the top of the outside linebacker position behind projected starters T.J. Watt and Alex Highsmith. They briefly dabbled in using three outside linebackers together last season with Bud Dupree while Highsmith was a rookie.

If you have talent at your disposal, then you might as well use it. The Steelers have three starter-capable outside linebackers, and they’re not going to be able to get everybody enough snaps unless they get them all on the field together occasionally.

T.J. Watt is a guy that you never want coming off the field, if at all possible. Melvin Ingram is a three-time Pro Bowler. And Alex Highsmith is just getting his career underway, with a ton of upside. You want to get him as much work as possible.

The Steelers used a three-OLB package last year when they were without Mike Hilton, to accommodate for the lack of his physical presence. Well, he’s not even on the roster now, so if that was their rationale for using it last year, then it is still relevant now.

When asked about it on Friday, defensive coordinator Keith Butler didn’t seemed to be very intrigued by the idea. In fact, he made it pretty clear that his preference is for a true four-man front, as long as they have Stephon Tuitt—which they do.

The Steelers have the best pass rush in football. They don’t need gadgets and tricks to get pressure, which only introduces new things that can go wrong. Bringing in Ingram will simply allow them to not wear out their starters by allowing them to split reps as needed. That is what is going to make their pass rush more potent, by keeping their rushers fresh, not by getting them all on the field at the same time. A three-OLB package sounds cool, but it doesn’t really offer anything the Steelers need.