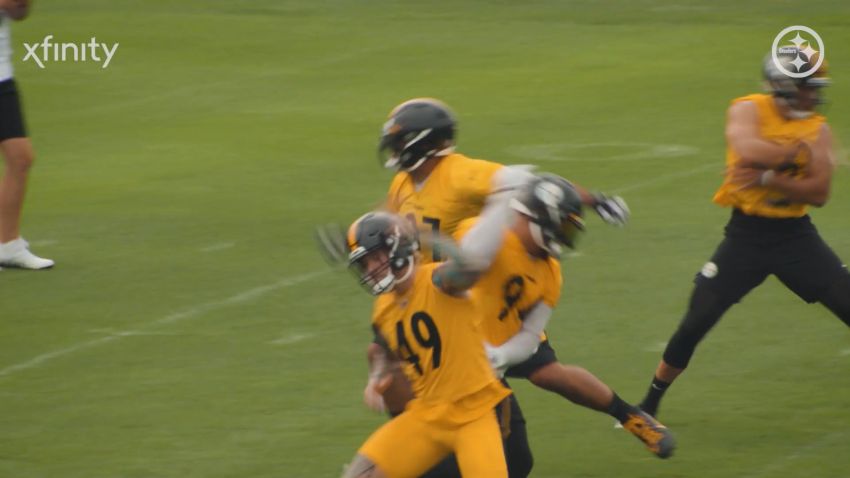 Topic Statement: Cassius Marsh is in serious danger of losing his roster spot following the Steelers’ signing of Melvin Ingram.

Explanation: 24 hours ago, Marsh was the experienced veteran depth for the Steelers at outside linebacker. Now he’s back to journeyman status, and perhaps expendable status, following the premium depth addition of Melvin Ingram, a former Pro Bowler.

Lest we forget, the Steelers picked up Marsh from the Indianapolis Colts’ practice squad last year. And he was on the practice squad because he cleared waivers on a minimum contract when they released him. He’s not a guy who chisel in stone when you’re making your 53-man roster.

There’s no guarantee that the Steelers carry five outside linebackers. One figures he will have his difficulties being one of four, if that is the case. Ingram is an obvious lock. The team will likely be rather invested in rostering Quincy Roche, a late-round pick for whom they have high hopes.

Marsh doesn’t offer the well-rounded defensive skill set the Steelers particularly covet in the outside linebacker position. While he has some pass-rush ability, he can be a liability against the run. That will be a notch against him that Roche can have over him.

But Marsh will have a clear advantage in a key area, and that is special teams. Marsh had logged nearly 1,000 snaps on special teams over the course of his career. He played 13 in the one game he played with the Steelers during the regular season last year.

Even if the Steelers are intent on rostering Roche rather than exposing him to waivers, Marsh’s special teams status will make it much more likely that they keep five outside linebackers. And really, there’s no guarantee that Roche makes the team, either, no matter how many people call him a ‘steal’ before he ever steps into an NFL training camp.