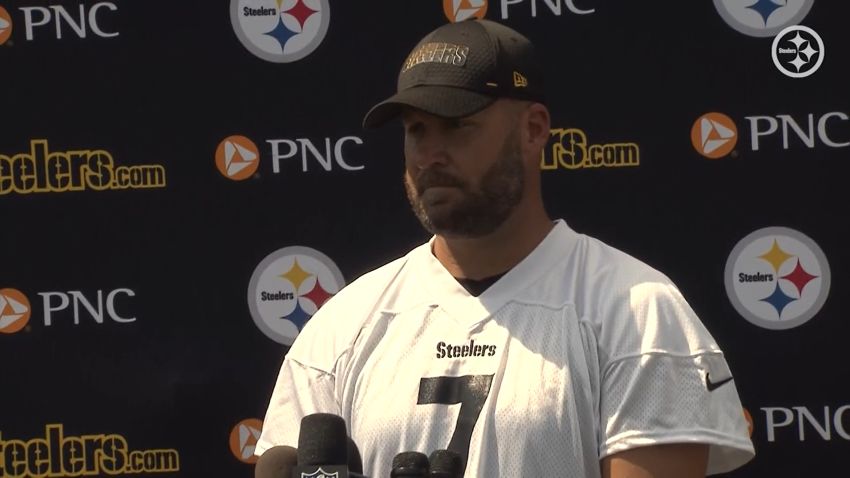 If I were to tell you that a team lost three Pro Bowl offensive linemen in one offseason and that they hoped the unit to be better the following year, how would you respond? Most likely with incredulity, but that’s what the Pittsburgh Steelers are striving for after losing Maurkice Pouncey, David DeCastro, and Alejandro Villanueva (as well as Matt Feiler) since the end of last season.

Pouncey was the longest-tenured of the group, a first-round pick in 2010, establishing a deep connection with quarterback Ben Roethlisberger. He decided to retire this offseason, and the plan moving forward is for rookie third-round pick Kendrick Green to take over at center—but not try to replace his predecessor.

“You’ll never fill the shoes of Maurkice Pouncey, and I don’t think Kendrick’s trying to do that, which is good”, Roethlisberger told reporters earlier today following practice, via Joe Rutter of the Pittsburgh Tribune-Review. “Pouncey’s in a class of his own, and that’s what made Pouncey special, and the relationship that we had will never be duplicated”.

A nine-time Pro Bowler in his 11 seasons in the NFL, only missing out on that accolade when he spent all or nearly all of a season on the Reserve/Injured List, Pouncey is a potential Hall of Famer down the line. Green has four starts as a center in college.

Of course, one career has ended and another is just beginning, so they’re obviously in very different stations in life, but there is always starting point. “What happened today was, Kendrick made calls, we didn’t fumble any snaps, so I think that’s a good first day”, Roethlisberger mused.

Pouncey was obviously not the only loss on the line, as mentioned. While it will be different on the field, it’s also a very different social dynamic, particularly for Roethlisberger, who frankly just watched some of his best friends leave their place of work.

“It’s tough. All those guys, Al, Dave, Pounce, Matt. It’s just not easy”, he said, “but we’ve got guys that are willing, capable, excited to fill the roles and do everything they can to be the best that they can be, so we’re all excited for what they can do”.

Now 39, he projects to have a starting center who is 22, a right guard at 28, left guard at 24, left tackle at 23, and right tackle at 27. The Steelers’ oldest linemen are B.J. Finney and the recently-signed Chaz Green, both 29, so a decade Roethlisberger’s junior.

“It’s gonna be different. I’ve been blessed to have a lot of older guys and guys that have been here for numerous amount of years, and to not have that is definitely different”, the quarterback admitted. But as always happens, you bond over time, on and off the field. It’s just a matter of going through that process, which begins in earnest today.