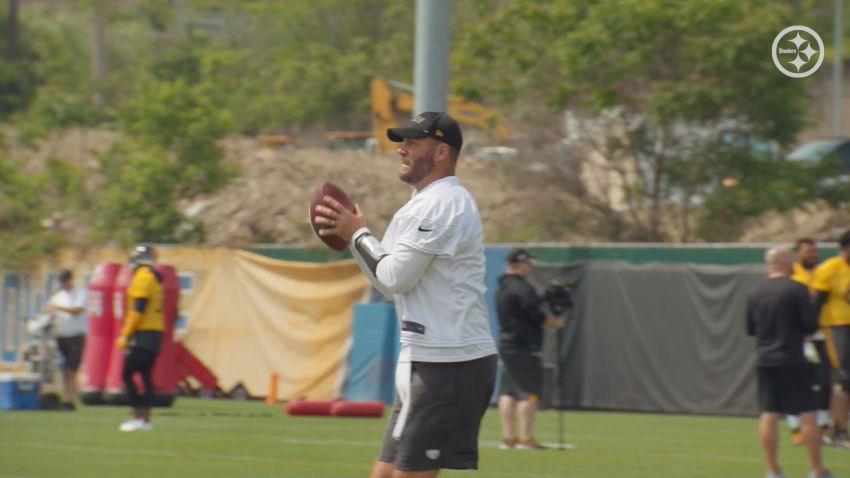 Two years removed from elbow surgery and one year removed from the middle of a full-fledged pandemic, Ben Roethlisberger’s practice schedule hasn’t changed. By all accounts, Roethlisberger has kept the same schedule he had the last time we saw him in the 2019 training camp. Full-day, half-day, off-day.

His half-days, if you were wondering, typically meant he would go through individual drills and the first team session or two. Then his day would be done, not participating in the remaining team sessions or 7-on-7 drills.

Matt Canada hinted as much two days ago when he spoke to the media when asked why Roethlisberger wasn’t logging many reps in team sessions.

“Ben’s had this schedule, from my understanding, for seven or eight years,” he told reporters in a transcript provided by the team. “You guys would know better than I would, you’ve been here longer.”

Roethlisberger hasn’t always had this type of camp schedule but it’s been put in place for many years as he got into his mid-30s. It’s been a bit of NBA load management for him and of course, a chance to give reps to the backup and developing quarterbacks.

“Roethlisberger didn’t take a single snap during the two-hour session, instead donning sweats and carrying around a small script as if he was a coach, part of the normal camp routine (two days on, one day off) that he and the team drew up for him a few years back.”

It’s a question I’ve had since last season. Would his schedule change coming off elbow surgery? Would his reps decrease to preserve his arm? Would they increase if his arm felt better, which Roethlisberger is adamant it does.

The answer is there’s been no change. Which is probably the right decision. Especially knowing the need to rep and evaluate the guys behind him. For better or worse, Mason Rudolph could be the starting QB next season so the more reps he can get, the better. Not to mention he’ll be one snap away from entering the game once the regular season begins. Dwayne Haskins and Josh Dobbs are battling for the #3 spot. Haskins, in particular, needs a long look, a former first round pick with obvious talent who struggled mightily in Washington.

We’ll be out at camp starting this Wednesday to get eyes on Roethlisberger for the first time since his elbow surgery. And to check out the battle happening behind him.