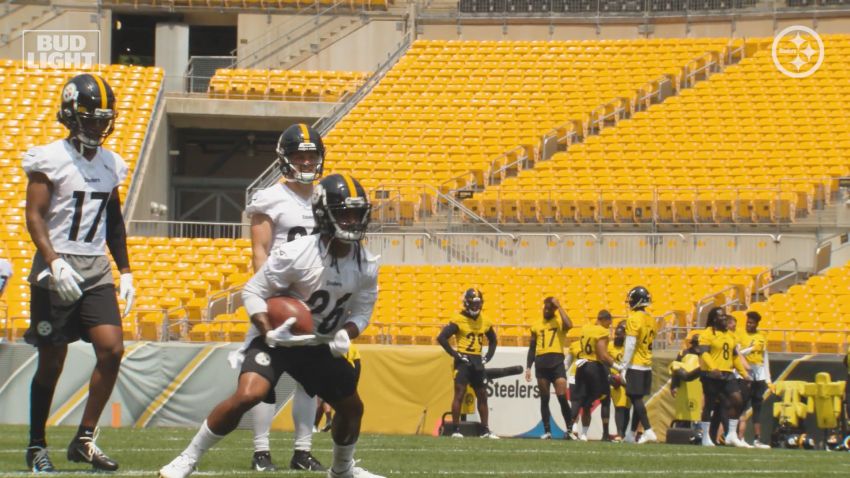 Coming up to the NFL level and discovering that you’re not the big man on campus anymore is the story that is told to hundreds of players every year. When everybody at the next level was a college superstar, it’s inevitable that the disparity, not just in talent, but also in experience, will reveal itself early on for those who are not adjusted to it.

One’s rookie year can be a humbling experience, but especially a learning one, and second-year Pittsburgh Steelers running back Anthony McFarland understands one valuable lesson he was taught in 2020 as a fourth-round pick—one that we all saw.

“Last year, the only thing I learned is every play is not going to be a big play”, he told reporters yesterday, via Chris Adamski of the Pittsburgh Tribune-Review. “I feel like every time I got the ball last year, I always thought to myself, ‘(Opportunities) are going to be very limited,’ so when I got the ball, I tried to do too much with it”.

And it was noticeable in his game. He always looked like he was getting ahead of himself, and as a result, just leaving himself behind. Clearly a player looking to make a play that wasn’t there, assuming that it’s what he needed to do in order to get more chances in the future.

The thing is, a guy like McFarland was accustomed to making those sorts of plays fairly routinely at the college level, even tearing up top defenses. Every defense in the NFL is better than any defense in college, however, which can be a rude awakening. You can’t get by just with an elite trait anymore.

You have to be a complete player instead, and that is what the Maryland alum is working toward this year as he looks for a larger role in the Steelers’ offense. He had fewer than 50 touches over the course of the entire season last year, and was held under 200 yards from scrimmage without getting into the end zone.

The team brought in Najee Harris via the first round in order to be their bell cow starter and do-everything back, but there will be opportunities for others, and behind Harris, everything is pretty much wide open, with Benny Snell and Kalen Ballage being the other primary contenders for roles.

But it helps to have a unique trait in a group, and that’s what McFarland has with his speed. Ironically, if he can just slow himself down and learn a little more patience, he will find the opportunities to turn on the jets this year and add a dimension from this offseason that has been missing for some time.