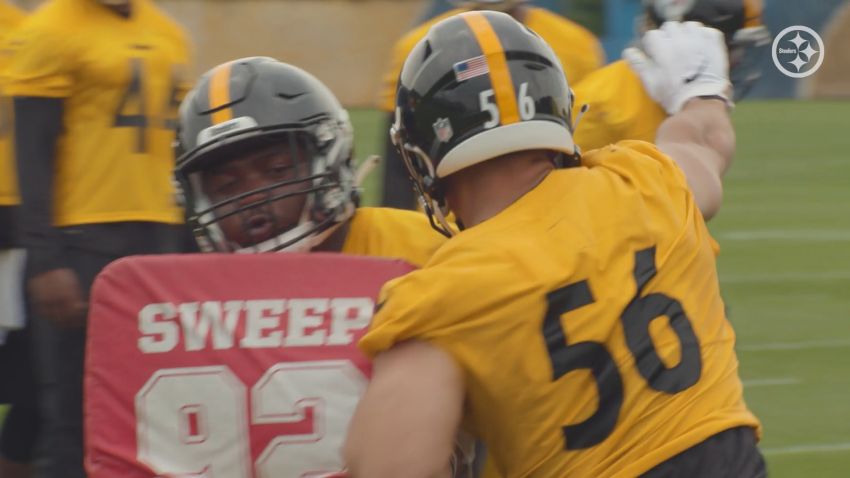 Alex Highsmith is quickly giving back to his local community, holding his inaugural football camp yesterday in his hometown of Wilmington, North Carolina. Local news network WECT attended the event and caught up with Highsmith. He explained why he wanted to hold the camp.

“Wilmington holds a special place in my heart because it is my hometown and this is just the beginning,” Highsmith told Dru Loman. “I am excited to give back in a big way to the city of Wilmington.”

In a tweet he sent out shortly before the event kicked off yesterday, Highsmith said all proceeds would to go to his foundation with a mission of providing “mentorship and educational resources for disadvantaged youth.”

The foundation tweeted out photos from the event, showing strong attendance.

The event clearly had an impact on those who attended.

“He grew up here and he made it all the way to the NFL and that inspired me, so I want to go to the NFL, too,” another camper told the station.

This summer has allowed for players like Highsmith to give back to their community. It was a difficult task a year ago in the midst of the COVID pandemic that shut down events like these. But with life inching back to normal, camps like Highsmith’s are able to return.

Born in Wilmington, he attended Eugene Ashley High School. A light recruit, he stayed local and attended Charlotte. After playing as a base 3-4 end for the majority of his career, he was moved to a rush-end role his senior season and broke out for 21.5 tackles for loss and 15 sacks. The Steelers drafted him in the third round of the 2020 NFL Draft.

As a rookie, he started five games, all coming after Bud Dupree tore his ACL. He finished the season with 48 tackles (five for loss) two sacks and a key interception of Lamar Jackson that led to a comeback victory over the Ravens. With Dupree signing with the Tennessee Titans, Highsmith is slated to be the team’s starting ROLB this year.