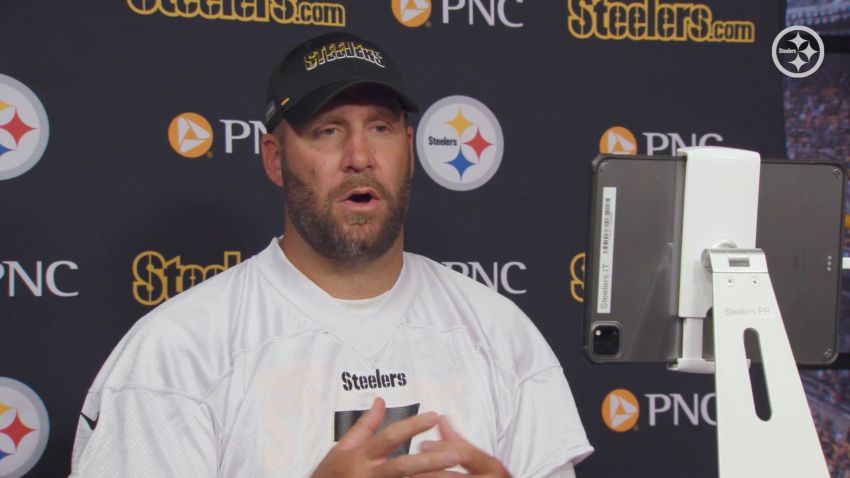 Roethlisberger spoke with reporters after day one of Pittsburgh Steelers’ training camp practices. He said that while his arm felt good last year, he didn’t have to go through the same rigorous rehab like he did last summer. And that has him feeling even better to start the season.

Here’s what ESPN’s Brooke Pryor tweeted out moments ago.

Ben Roethlisberger says his arm feels “fresher” going into this training camp. Hasn’t been throwing thousands of balls like he has a year ago when he was rehabbing the elbow.

Says this is the first time he’s thrown the ball since minicamp, outside of backyard passes to his son

Here’s the full quote from Roethlisberger courtesy of the Post-Gazette’s Gerry Dulac.

“I had thrown thousands of footballs to get ready for this (last year),” Roethlisberger told reporters. “Today was the first time I’ve thrown since minicamp, other than throwing to my son in the backyard. It feels more normal. My arm feels really, really good.”

As Roethlisberger noted, had to re-learn how to throw last year. Which meant throwing the football a lot. All in an effort to get ready for a 16-game season, of which Roethlisberger started 15 and threw over 600 times. Had he not been rested for the regular season finale, he would’ve led the league in attempts. Over his last two non-injury seasons, 2018 and 2020, he’s thrown the ball a combined 1,283 times.

There’s no doubt this offseason has been a lot kinder to Roethlisberger. There was no focus on rehab or his throwing mechanics. His focus could be on football, improving as a player, and learning Matt Canada’s offense. With the state of the pandemic in a much better place than it was a year ago, the Steelers and NFL were also able to hold offseason workouts. Valuable reps, especially with all the offense’s changes along the offensive line and with the coaching staff. A new OC, new head OL coach, a new assistant OL coach, and new TEs coach.

And of course, the team will get to play in four preseason games this season before starting their 17-game regular season. Just like seasons past, Roethlisberger figures to play limited snaps this summer, but he and the rest of this team will be a lot more prepared heading into 2021 than 2020. Granted, the Buffalo Bills can say the same when they host Pittsburgh in Week 1.