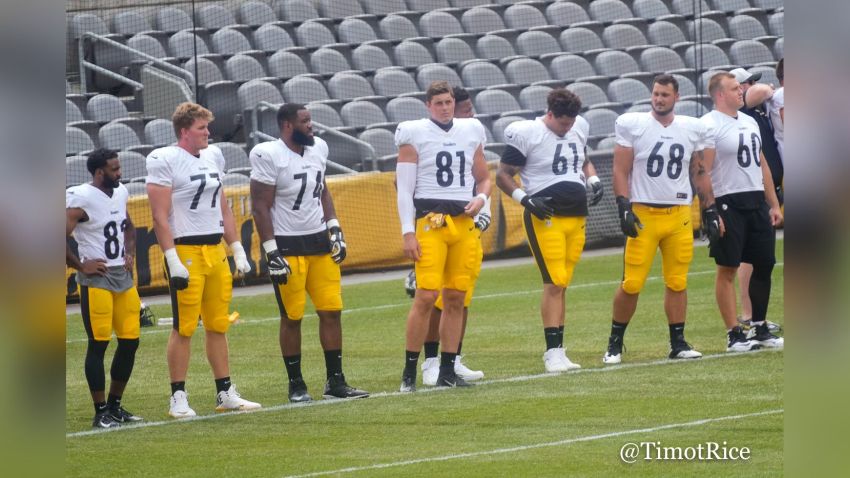 Anybody on the offensive line not named in this list is a lock to make the roster. That encompasses Chukwuma Okorafor and Zach Banner at tackle, Trai Turner and Kevin Dotson at guard, and Kendrick Green, the rookie third-round pick, at center.

Everybody else at least has a chance of not making the 53-man roster, though it’s very unlikely that either Joe Haeg or Dan Moore Jr., a rookie fourth-round pick, miss the cut. Haeg was their most notable free agent signing back in March.

At least one of B.J. Finney and J.C. Hassenauer will make the team. If they are not starting at center, then they will be the backup to Green. The other one will have to fight for what would likely be the ninth and final spot on the 53 for offensive linemen, with Haeg, Moore, and the other center accounting for the three behind the starters.

Rashaad Coward is the most notable name of the rest of the group. He’s spent most of the offseason running with the first-team offense, first at right guard while David DeCastro was not in the picture, and now at left guard with Dotson sidelined.

A former defensive lineman, Coward offers some flexibility to play both guard and tackle. It’s possible that they have even been working with him to learn the center position a bit in order to serve as an emergency option at the position.

Chaz Green is a veteran tackle whom they signed on the eve of training camp when they let Jarron Jones go. While he has some experience, his resume is not exactly glowing. Of the other four, all of them were on the Steelers’ practice squad in 2020.