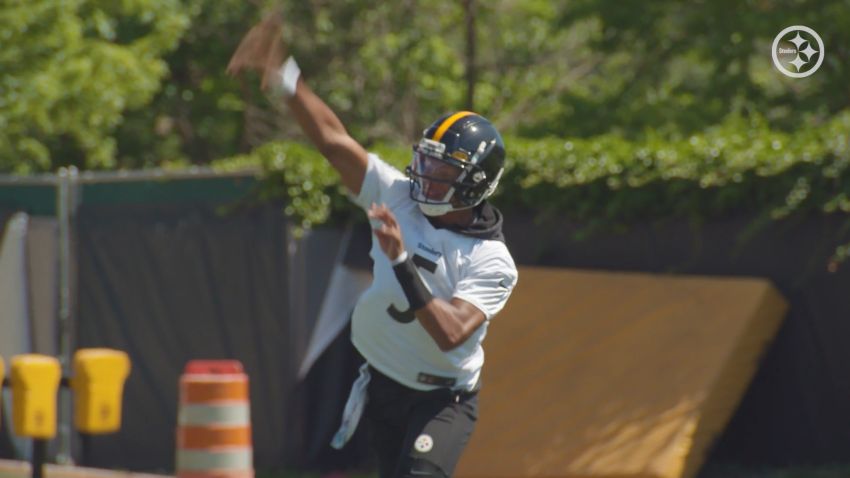 A bit earlier this offseason, I left open the possibility that the backup quarterback job could be up for grabs, realistically between Mason Rudolph, the assumed backup, and Dwayne Haskins, the former first-round pick the Steelers picked up back in January.

While that may or may not be possible, it is a foregone conclusion that Rudolph will be on the roster. The number three spot, however, will come down to either Haskins or Joshua Dobbs, the fifth-year veteran who has spent most of his career with the team.

Haskins doesn’t have to win the backup role to make the team, but he has to at least look better than Dobbs. Both of them have accuracy issues, however, while Dobbs has a clear edge in athleticism. He also has a pretty big arm, so Haskins has no clear advantage there.

Put simply, there is not even a remote guarantee that Haskins has a roster spot waiting for him. He will have to flat out earn the job, and the reality is that Dobbs has repeatedly earned his, often against the odds.

The vast majority of people expected him to be the odd man out in 2018 when the Steelers drafted Rudolph. Instead, he won the backup job and the team released Landry Jones, who would have otherwise been the backup. He also made the 53-man roster in 2019, and was only traded because they got a good offer and had Devlin Hodges in their back pocket. If both of those factors didn’t surface, he would’ve never left the organization.

Once he became available again last season, the Steelers waived Hodges after making the initial 53-man roster in 2020 and brought back Dobbs, so it’s quite obvious that there is plenty that they like about him. But now it’s time for them to find out what they can like in Haskins.

Head coach Mike Tomlin said that he spent the offseason getting to know Haskins the man much more than the player. He’ll learn a lot more about the young man over the course of the next several weeks, and perhaps, even, whether or not that relationship will continue beyond the preseason. Of course, even if he doesn’t make the 53-man roster, he could be kept on the practice squad in the event that he clears waivers, which is not unlikely.