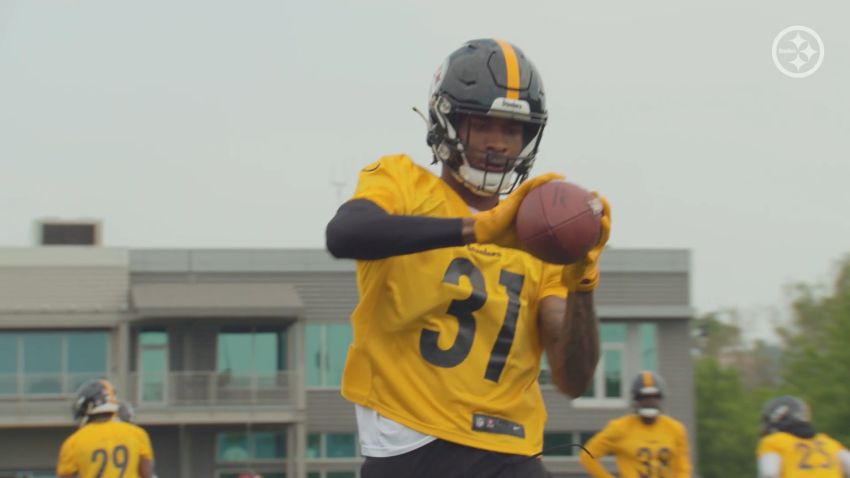 Up for Grabs: Outside Backup Job

I’m guessing that the consensus is going to be simple: There’s no competition here. But that remains to be seen, and the reality is that we are at just the beginning of the journey. With Steven Nelson gone and Cameron Sutton in the starting lineup, there is a door open for somebody to step up.

And, yes, everybody thinks it’s going to be James Pierre who walks through the door and introduces himself. A college free agent signed last year out of Florida Atlantic, he ended up passing Justin Layne on the depth chart, seemingly, at the end of last season, logging a handful of snaps due to injury in the postseason.

Pierre drew praise during the spring, as well. There was one practice during which he was able to intercept quarterback Ben Roethlisberger, not once, but twice. He got the ‘opportunity’ to speak to the media as a standout player of the day.

But you have to carry that over the finish line. Frankly, what you’ve done in the spring, during OTAs, doesn’t even matter now, let alone in the regular season. What matters is everything that happens next. And everybody is still in the mix.

Including Justin Layne, the 2019 third-round pick who, in reality, was the number seven defensive back last season (which sounds better than it actually is, in context; it means he was ahead of Pierre). He logged over 100 snaps on defense when injuries granted him opportunities to play.

With that said, his play on the field yielded mixed results. To be fair, there hasn’t been a positive report on him yet that I’ve seen since they got back on the practice field, which is not particularly encouraging for his sake.

But the Steelers need to find depth at outside cornerback. Can the veteran Arthur Maulet play there? He is primarily a slot and safety player. Can they hit on another college free agent? Shakur Brown was one of the most high-profile undrafted free agents they’ve inked in years.

They’ll have four games in the preseason and all of training camp to try to stick out. There is, at least, some room on the 53-man roster. It’s likely that at least three or four of these names will make the team, especially with Maulet probably counting among the safeties, while he also competes in the slot.