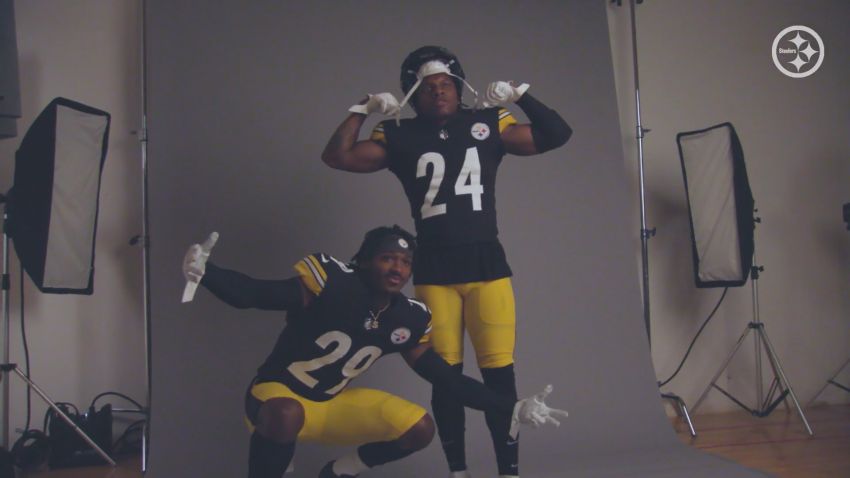 It is good to be back.

Long time coming for us to have another training camp diary, which will get posted this evening on the site. Things still look different from our last one of these almost two years ago. Unfortunately, the Pittsburgh Steelers aren’t back at St. Vincent College for camp this season. I think most of us, me anyway, would prefer them to. Fingers crossed they’ll make their return trip next summer.

Putting all that aside, the focus is on the here and now. Day One of (padded) training camp practices after several days of the team being in shorts and shells. We have a lot of catching up to do. Here are some of the things I’ll be looking for during today’s practice.

– First, the pecking order. The competition will be intense today with the team in pads so we won’t have the “ramp up” of taking the first couple days to focus in on who is running with the starters, second string, etc. But it’ll be interesting to see if Dwayne Haskins is running ahead of Josh Dobbs and assuming Ben Roethlisberger is practicing, how many reps the 4th string guy is getting.

I’ll want to be careful not to jump to conclusions after Day One (about anything, to be clear) because the team could be rotating QBs each day. But this will be a good starting spot for us.

– More importantly to their play, I’ve preached the need for both guys, Haskins and Dobbs, to be accurate. Whoever is the more accurate QB will win the #3 job. Especially on short/intermediate crossing routes, allowing receivers to have run-after-catch opportunities.

– Not a QB thing but our first eyes on Matt Canada’s offense. What looks new, what looks different, what looks the same? Expecting (and hopefully, tracking) motion rates.

– What is Najee Harris’ workload like? Assuming he’s running first-team but how much live action do the Steelers give him in their first padded practice? Once Le’Veon Bell and James Conner were established, those guys were basically put in bubbles during practices. I don’t think Harris gets quite that treatment but it’ll be interesting to see if they go easy on him.

Harris should also be involved in backs on ‘backers. If Devin Bush participates, that’ll be a fun battle to watch. But him going against anyone, a drill that puts a lot of stress on the backs, will be something to take note of.

– Does Anthony McFarland look any different in Year 2? It can be hard to gauge and evaluate a running back in live sessions but he’s a guy who needs to make a big jump his sophomore year. He should get a ton of reps this preseason after not having one last year, something RBs Coach Eddie Faulkner cited as one reason for his 2020 struggles.

– Pads coming on is good news for Kalen Ballage. Well-built runner who doesn’t run tall and able to churn out tough yards. Strapping up the pads is the chance to display that power and yards-after-contact ability.

– A little less here to see with this group than others. How much is JuJu Smith-Schuster aligning on the outside? Can’t read too much into one practice but we’ll keep an eye out on it. Is Ray-Ray McCloud used as a “gadget” guy in Canada’s offense? I can also see Chase Claypool being a key factor on jet/perimeter runs.

– What about some of the guys who know less about? Isaiah McKoy was a downfield threat at Kent State. Can he make some splash at Heinz Field and earn some buzz? Tyler Simmons is built like a running back while Mathew Sexton could find a home as a special teamer.

– How does the rookie Pat Freiermuth look? Are the Steelers in any more 12 personnel than past years? Does Eric Ebron’s role change at all with a new OC? This is also do-or-die for Zach Gentry so he needs to stay on the field, improve as a blocker, and make some plays in the pass game.

– Who is healthy, who is practicing? Chukwuma Okorafor, Kevin Dotson, Zach Banner, BJ Finney, and JC Hassenauer have all missed time over the first couple of days. And the pads hadn’t even come on yet. Seeing who is practicing, partial and full, is the first step. And then we’ll see how they line up left to right, 1st, 2nd, and 3rd string.

– Eyes will be on rookie Kendrick Green. Safe to say he’s the favorite to be the starter for the Week One opener against Buffalo but nothing is set in stone yet. First live practice for him and we should see him in OL/DL too, a great litmus test for a rookie to potentially go 1v1 against Tyson Alualu, Cam Heyward, and Stephon Tuitt.

– Excited to watch Dan Moore Jr. too. Been running first team with Okorafor not working in team drills. Some reports that he struggled with speed rushers in OTAs so we’ll see if that’s an issue in camp.

– Just in general, does the line feel different. Does the scheme look different under Adrian Klemm and Chris Morgan – is there more of a zone influence? Again, can be a bit hard to see in team sessions but you can see it in the individual drills they’ll do earlier in practice. Good time to observe how Klemm coaches differently compared to Shaun Sarrett.

– The starters are established but the backups are fighting for their roster lives. Not nearly as interested in guys like Heyward and Alualu as I am rookie Isaiahh Loudermilk (is he athletic enough for this level?) Isaiah Buggs (can he find consistency?) and Carlos Davis (what’s his Year 2 jump look like?). There’s more bodies here than there are available roster spots so I think this competition will bring out the best in everyone. Even guys like Abdullah Anderson have some NFL pedigree worth watching.

– Is Alex Highsmith stronger and playing with more power in his sophomore season? We outlined that as a crucial factor for him to improve from his rookie season. Want to see where Melvin Ingram is at in the pecking order, if he’s being moved around, and just getting a feel for how he looks and moves.

– Cassius Marsh has received plenty of criticism this offseason, much of it warranted, but he should get a clean slate now that he’s been with the team all year and not catching the moving train as he did late last season. Quincy Roche is a Highsmith-esque player in terms of having a varied skillset but not being the strongest or most athletic guy. And where do players like Jamir Jone, Jarvis Miller, and Calvin Bundage line up? Aany of them who can work off-ball and EDGE will boost their value. And their chances to stick.

– When it comes to off-ball linebackers, Buddy Johnson’s processing will be key. Biggest area he struggled with in college. Going against Matt Canada’s window-dressing heavy offense should be great practice for him. And Marcus Allen is in his second full-year at the position. Let’s see if he’s any bigger, stronger, and can take on blocks more effectively.

– Big questions here, of course. We have a good idea Antoine Brooks Jr. and Arthur Maulet are viewed as the current top options in the slot. Brooks is big and physical but can he cover an entire route tree like a slot corner needs to? That might be his biggest concern.

– How does James Pierre look – does he have any sub-package role? We usually don’t see much dime defense in camp but he should at least be getting 2nd team outside corner reps. Don’t discount his chances of having some sort of role this year. And even if he doesn’t out of the gate, he’s just one injury away.

– Like Gentry, this is make-or-break for Justin Layne. He’s no longer on scholarship. Want to see him be a more consistent player from an assignment standpoint and he has to make some plays on the ball. He knows the defense. And the way to get noticed in this current scheme is to provide splash. That’s the ticket to a winning defense in today’s NFL.

– Today will be our first look at the host of UDFA defensive backs. Shakur Brown, Donovan Stiner, Lamont Wade, Mark Gilbert. Brown might be considered the favorite of the group but we haven’t heard much about him so far. Again, whoever limits mental mistakes and can make plays with the ball in the air will greatly increase their odds of getting on this roster.

– Big battle here is between Jordan Berry and Pressley Harvin III. Steelers don’t punt every day, special teams’ sessions vary, but whenever they start, we’ll be tracking hangtimes and distances. How these two perform inside stadiums during games will be the big test, obviously. Also keeping an eye on if there’s any issue with Harvin’s holds for kicks. Better be extra nice to Kameron Canaday so he gives you some extra-accurate snaps.