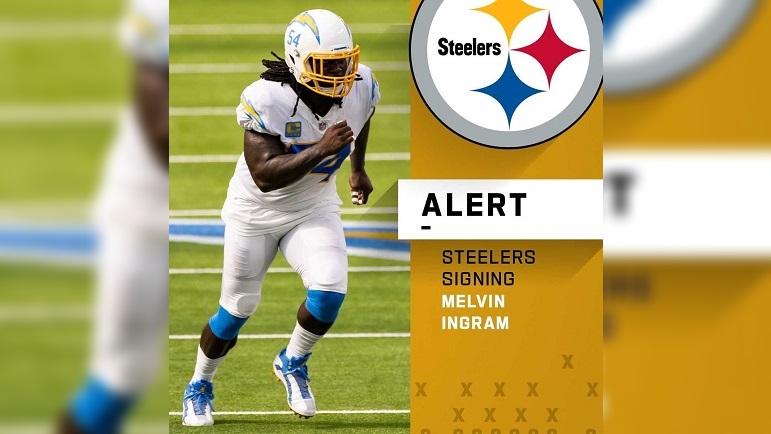 Question: What kind of impact will the signing of Melvin Ingram have on the defense as a whole?

Intuitively, we have always known that the Steelers, like every other team, are perpetually evaluating their roster, and exploring the possible ways in which they can improve.

Ordinarily, we don’t see much action on that front, which is what makes the signing of former Pro Bowl pass rusher Melvin Ingram feel somewhat out of character. But he’s here now, everyone generally seems to be pleased about it, and we’re in the process of evaluating, to the extent that we can know, just what that means.

Ingram was not signed with the expectation of him stepping in as a starter. Second-year Alex Highsmith will get that opportunity, though perhaps if he falters, Ingram will be there as a safety net. He projects to play a couple dozens snaps per game, however.

Prior to the Ingram signing, of course, the only outside linebackers of note on the roster behind the projected starters were Cassius Marsh and rookie sixth-round pick Quincy Roche. That is to say, not much. There is total unambiguity surrounding the fact that Ingram is the number three guy…maybe even more accurate to say the 2B, perhaps.

But we won’t know the full implications of this signing before the season actually plays out. Of course, we know that this move has a lot to do with providing the team with a safety net. Insulating against injury or performance is crucial, especially at such an important position.