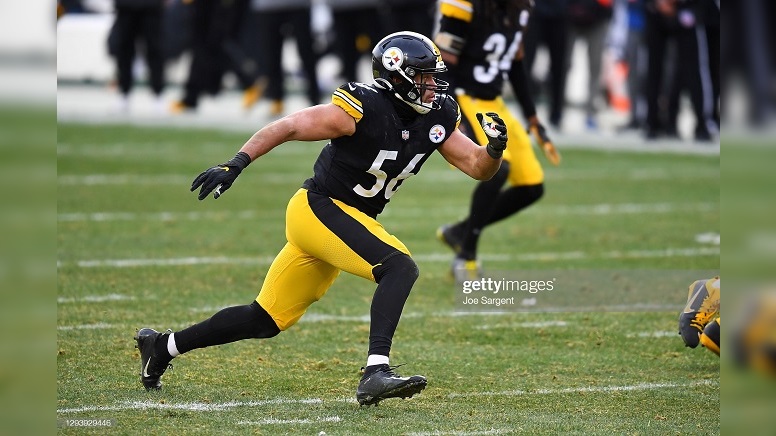 Second-year edge rusher Alex Highsmith has been a popular point of discussion on the first day of Pittsburgh Steelers minicamp. T.J. Watt spoke about him in the morning, and his name came up when defensive coordinator Keith Butler talked with the media a little later. In one of the final interview sessions of the day, Mike Tomlin became the next to talk about his outside linebacker, and whether he can develop into the kind of powerful complement to Watt on the opposite Edge that free agent departure Bud Dupree was.

“It starts first with two really good players. And so the best thing Alex can do is continue to sharpen his skills and get better and grow and develop as a player,” Tomlin said. “We got great expectations for second-year guy in terms of proceeding his career and taking a step, not only in understanding and preparedness, but production and consistency. He’s been a highly professional, mature young man.”

Highsmith is not the player now that Dupree has been the last two seasons. Dupree was nearly a Pro Bowler with 11.5 sacks and four forced fumbles in 2019, and was on a Pro Bowl pace with eight sacks and two forced fumbles in 11 games in 2020 before an injury ended his season early. Opposite of Watt, the duo formed one of the best edge tandems in the league, and directly led to Dupree earning a five-year, $85 contract from the Tennessee Titans as a free agent this offseason.

When Dupree went down in Week 12 last season, Highsmith stepped in. He didn’t record a sack in the four games he started opposite of Watt, but did hold his own in terms of tackling production and quarterback hits. In addition, Watt was able to continue producing at the same pace with Highsmith that he did with Dupree, and the second-year man from Charlotte earned his chance to start this coming season.

Dupree didn’t start out as a high-producing edge rusher when he entered the NFL, either. As a first round pick out of Kentucky, Dupree was closing in on bust status after failing to record more than six sacks in a season his first four years in the NFL. But his continued work helped lead to his breakout 2019, and now his big deal with the Titans.

It could take Highsmith more than a season to develop, just like it did with Dupree. So far, the results have been promising and have earned compliments from Watt and Tomlin. In his first year as a full-time starter and learning from an All-Pro like Watt, Highsmith has the opportunity to, as Tomlin said, take that next step in his career, in terms of both his preparedness to start every week, and his production off the edge. He also cautioned, though, speaking too early about Watt and Highsmith together, the way Watt and Dupree were discussed as a tandem the last two seasons.

“I think it is reasonable to expect those things to happen,” Tomlin went on to say. “But make no mistake. Before you start talking about dynamic duos and tandems and so forth, it requires two big-time, varsity players. So he’s working to grow and improve his game.”