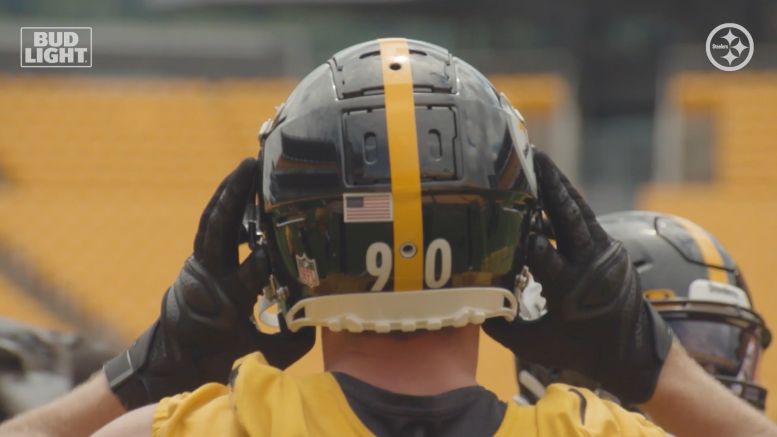 No one wants to think about their team losing their star player. Steelers fans dealt with that in 2019 after Ben Roethlisberger’s season-ending elbow surgery. It ain’t fun. Over at CBS’ Cody Benjamin listed out the player each team couldn’t afford to lose. The list, of course, excluded quarterbacks since including them means listing whoever is under center for probably 28 of the 32 teams.

For the Steelers, there were plenty of good choices. But Benjamin settled on saying T.J. Watt was the most valuable player the team couldn’t play without. Here’s what he wrote:

“Rookie RB Najee Harris might actually fit here, considering how much Pittsburgh is banking on him solving its ground game. Minkah Fitzpatrick, Joe Haden and Cam Heyward are all vital on “D.” But if it’s not going to be on the O-line, which is already more of a mess than most realize regardless of any future injuries, the obvious choice is Watt. With Bud Dupree gone, there’s more pressure on him to live up to his All-Pro reputation and keep the Steelers after opposing QBs.”

Choosing Watt makes as much sense as anyone. He’s one of the best defenders in football and will get paid like it this summer, almost certain to surpass Joey Bosa as the NFL’s highest-paid defender with good reason. He’s played at a Defensive Player of the Year level each of the last two seasons. Last year, he led the NFL with 15 sacks in 15 games, officially becoming only the second Steeler to lead the league in that category. He joined the late Kevin Greene, whose 14 paced the field in 1994.

Watt is a complete player in every phase of the game. Run defense, pass rush, even coverage, though the Steelers smartly decreased dramatically the amount of time Watt spends going backwards. In 2017, he dropped into coverage 37% of the time. Last year? A much more appropriate number, 9.4%.

As the article notes, Pittsburgh is counting on Watt’s play all the more in 2021 after Bud Dupree signed with the Tennessee Titans. And with the team having little depth behind its starters, losing Watt would be all the more devastating.

Naming Watt as its most valuable non-QB is a good, albeit easy, choice. Personally, I may take Minkah Fitzpatrick over him. The Steelers have the ability to manufacture pass rush better than they could ball-hawking play in the secondary. And it wasn’t until Fitzpatrick’s acquisition that the Steelers’ defense reached an elite level. They’ve had recent seasons where the rush got home but the secondary wasn’t good enough to capitalize. With no clear Plan B behind Fitzpatrick either, I’d name him the player the team could least afford to lose. But both are obvious options, as is the suggestion of RB Najee Harris.

Around the AFC North, OT Ronnie Stanley was named the Ravens’ player they can’t afford to lose (as they found out after his injury last season), OT Jonah Williams for the Bengals, and DE Myles Garrett for the Browns.