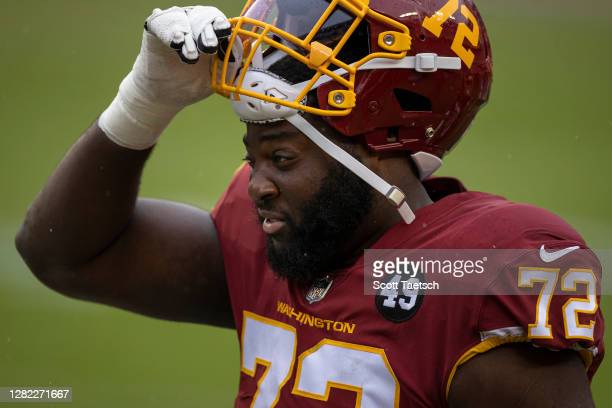 So far we have looked at OLB/EDGE players, tight ends and safeties that could be on roster bubbles this year. This week we’re going to look at offensive tackles. The Steelers are slated to start Chukwuma Okorafor and Zach Banner. Banner began the 2020 season as the starting right tackle but was injured late in week one and missed the rest of the season.  He is expected to start at right tackle. Okorafor started as the swing tackle and took over for Banner finishing with 1,035 snaps on offense. He is expected to start at left tackle his more natural position where he played in college.

The Steelers added Joe Haeg from Tampa Bay whose expected role will be as a tackle eligible and drafted Dan Moore who they hope can be a swing tackle initially.  Aviante Collins was signed to a futures contract that could pay guard or tackle. They also have a several players in the mix that spent some time on the practice squad including Anthony Coyle, Jarron Jones, Brandon Walton and John Leglue.

Each of those players will be given the chance to make the team but if they decide to look outside the organization I looked at the NFL rosters to find some players who might be on the bubble. I will add that there isn’t a lot of quality depth around the league.

For this I am thinking each team will carry four tackles, three on the active roster and one on the practice squad. I focused on factors such as snap counts, the number of games they suited up for and overall depth of the position from unofficial depth charts that included new additions through free agency and the draft. Affordability was also a factor so you won’t see any big names on here.

Each of these players would be capable of fighting for the #3 or #4 tackle positions. I added some links to clips to show you them in action.

Smith was a three year starter at Alabama and an All-American in 2008. He was also first team SEC and the Outland Trophy winner. As a junior he was only penalized twice, allowed one sack and 6 pressures in 334 snaps.  He was a first round selection of the Cincinnati Bengals.

He spent all or parts of his 11 season with the Bengals with brief stops in Minnesota and Arizona before signing with Baltimore last year.  He has started 102 of 121 in his career mostly as a right tackle but has played some at left tackle as well. He opted out of the 2020 season.

Stanley is returning to left tackle after an ankle injury limited him to 6 games.  Villanueva is expected to start at right tackle.  James has an Achilles injury that will keep him out most of the season but could return late this season. Phillips is a second year who played in 13 games starting 8 in 2020. Ealy is a 2020 UDFA that could make the roster if the Ravens go with youth over the veteran Smith. The Steelers usually stay away from older players but it they have done it before with Flozell Adams.

Christian was a third round pick out of Louisville in 2018. He was three year starter leaving after his junior year.  He played both tackle positions and is a good athlete with 35 inch arms. Mike Tomlin and Kevin Colbert were both at his Pro Day (most likely to focus on Lamar Jackson).

Drafted by Washington he spent his first three seasons there playing in 24 games with 8 starts including 6 starts in 2020 at left tackle.  He played 398 snaps on offense and has three penalties called against him in three seasons. He missed the second half of the season spending it on injured reserve with a knee injury.  He was waived by Washington in May and claimed the next day by Houston.

Tunsil and Howard are the starters in Houston.  Johnson is the primary backup and Heck is second year player that the Texans like who started the final game of the season.  They also signed Marcus Cannon who is slated to play guard but can play tackle as well.

Holden played his college ball at Vanderbilt and was a three year starter manning the left tackle spot for 37 consecutive starts. He wasn’t considered the most athletic player coming out but was considered a good drive blocker, a tough player and having plus technique.

He was a fifth round pick by the Arizona Cardinals and spent two years there playing in 11 games with 7 starts. He was let go by Arizona and picked up by Miami in 2019 but didn’t make the roster.  In 2020 he was picked up by the Ravens and got into one game in week 11 versus Tennessee.  After spending time on the Covid list he was moved back to the practice squad where he Colts claimed him after injuries to their tackles. He got into one game for the Colts, a start, versus Pittsburgh in week 16.

The Colts brought in Fisher to start on the left side and have three year starter Smith on the other side Holden is expected to battle with Tevi who has 44 starts with the Chargers and Davenport who has 28 starts between Houston and Miami. The also drafted Will Fries out of Penn State in the seventh round who can play guard or tackle.

A two time team captain out of Texas Tech where he was four year starter with the final three seasons coming at right tackle. He started 47 games overall and participated in the Senior Bowl. He has good size and length (35 1/8 inch arms), with good football intelligence but some stiffness and limited athleticism.

He came into the league last year as an undrafted free agent and due to pandemic issues missed out on a valuable, full training camp. The Cowboys dealt with a ton of injuries along the offensive line leading to Steele playing in all 16 games and starting 14 at right tackle. He logged 970 offensive snaps.

After those injuries the Cowboys get their starters back in Smith and Collins.  They brought in veteran Nsekhe from Buffalo to be the swing tackle and drafted Ball a talented player who had some off field issues in the past. Steele will battle with Knight and both may make the roster but Knight has more versatility being able to play guard as well.

Pryor came into the NFL in 2018 after his collegiate career at TCU ended.  He was a team captain with 32 career starts at right guard and right tackle. He is another player with good size and length (35 1/2 inch arms) who is a strong power blocker and uses his size well.

He was drafted in the sixth round by the Eagles and has appeared in 27 games with 10 starts. He has played mostly guard totaling 775 offensive snaps in 2020. He has seven penalties against him in 2020 including five false start penalties which can be cleaned up.

Johnson has been medically cleared and will be back starting at right tackle.  Dillard and Mailata will battle it out for the left tackle position with the other becoming a swing tackle. Toth was brought in last season and Clark who’s coming off an Achilles injury could be available later in the year. They’ve also added depth inside which could lead to Pryor being the odd man out.

As a Florida Gator, Sharpe started 26 games at left tackle and entered the NFL draft after his junior season.  He played at over 350 pounds in college but has slimmed down and has good size and length (35 3/8 inch arms).  Like others on this list he’s a bit stiff but has strong, active hands and a solid anchor.

Drafted in the fourth round by the Oakland Raiders in 2017 He spent most of his first three seasons there playing in 22 games with 4 starts. He was cut before his second season and spent the first five weeks in Houston playing in two games before being waived and reacquired by Oakland. In 2020, he was traded to Washington playing in ten and starting 2 games totaling 184 snaps on offense.

Sharpe was re-signed by Washington in March to compete for a roster spot.  Leno, Lucas and Cosmi will battle for the two starting jobs with the other likely being the swing tackle. Charles can play tackle or guard but Washington added depth inside which could put Charles at tackle.

Little was another junior entry into the NFL draft after three strong seasons and 29 starts at left tackle at Ole Miss.  He was a second team All-American and All-SEC player. He may be the most athletic player on this list and has good length (35 1/4 inch arms). He father was drafted by the Tampa Bay Buccaneers in 1989.

Carolina drafted him in the second round in 2019 and he has yet to live up expectations. He was drafted prior to the new coaching staff and the Panthers have added many new faces on the offensive line. Little has played in 14 games with 6 starts in his two season totaling 358 offensive snaps total. He was placed on IR in week 15 with an ankle injury.