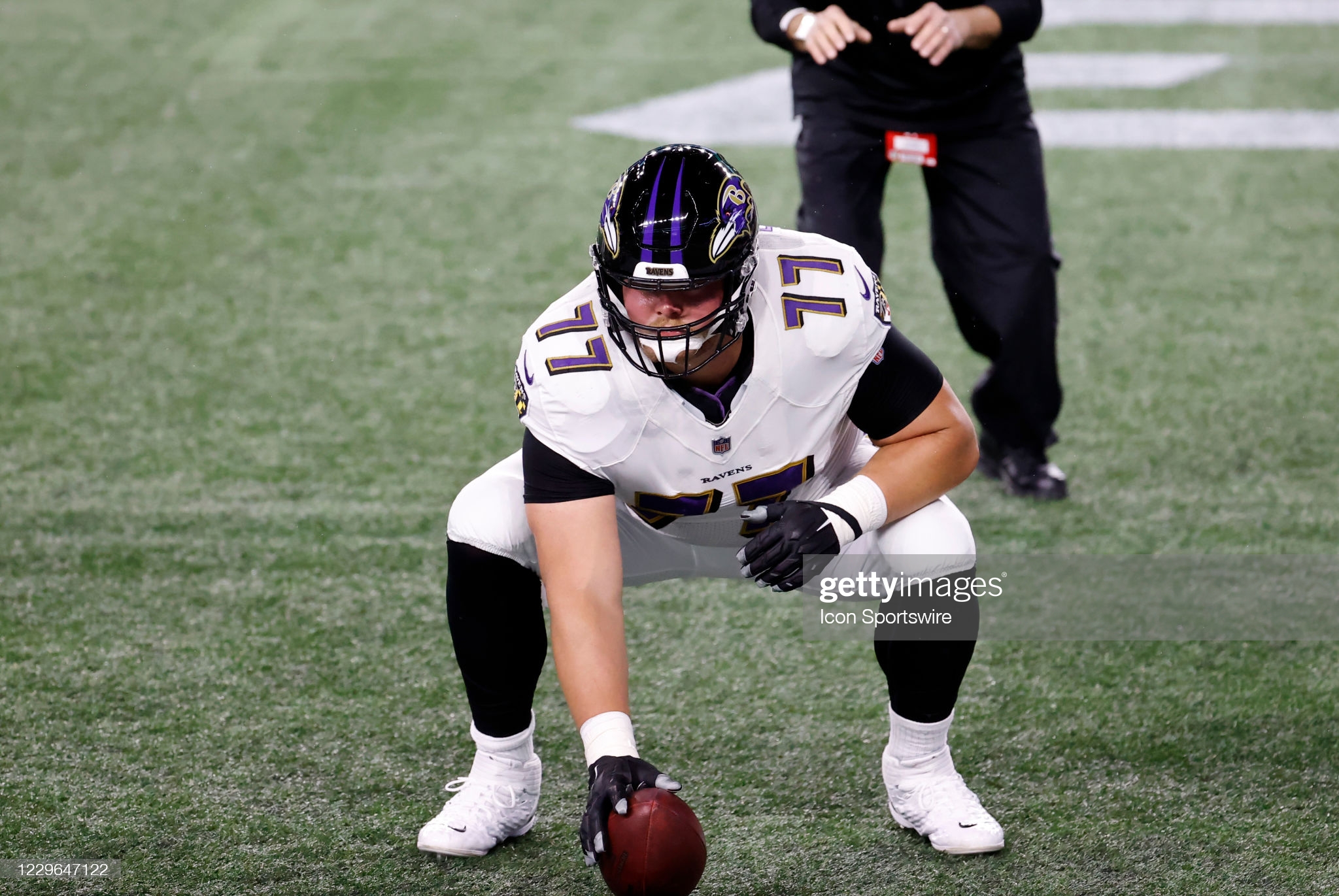 While the Pittsburgh Steelers’ offensive line is going to look dramatically different this year—it’s likely that only one of the starting five will have started at least five games for them before, and they would be Chukwuma Okorafor at left tackle—the Baltimore Ravens’ front five will have a different look as well.

Ronnie Stanley will be the primary mainstay at left tackle, but Orlando Brown Jr. is gone on the opposite side. He’ll be replaced by the Steelers’ Alejandro Villanueva, signed after the draft, and fellow free agent guard Kevin Zeitler will play next to him.

Bradley Bozeman is a veteran starter, but he’ll be moving from left guard to center, a move the team hopes will clean up some recent longstanding issues. He has started every game the last two years at left guard—yet he was a finalist for the Rimington Trophy at Alabama, the national college award given to the best center.

The Ravens had issues with Matt Skura and Patrick Mekari manning the center position over the past two years, each of whom were benched in favor of the other when they were struggling, with botched snaps and all. Skura is no longer with the team, while Mekari is in a backup position.

“We’ve always known, pretty much since I came here, we knew there was a possibility of me playing center at some point”, Bozeman acknowledged. “I always stayed ready. And then we got back and Coach said I would be at the starting center for right now. We’re continuing to work and try to work out those kinks and just be the best player that I could possibly be and just get ready for the season”.

While his move inside creates a hole at left guard, the Ravens do have a number of options, many named Ben. There’s Ben Cleveland, the massive rookie. There’s Ben Powers, and Ben Bredeson. But Tyre Phillips, who started eight games last year, is perhaps the most likely option.

“We’ve had some issues in the past, but things happen”, Bozeman said of his predecessor centers. “No one is perfect. But it’s just a consistency thing. We’ve got to continue to be consistent, continue to get your hands on the ball, snapping the ball, doing the right mechanics. Making sure you’re doing your job to the best of your ability, and that’s the biggest thing right now. That’s all that I can control. I can’t control the past. I can only control the future from here on out. So, I’m just going to continue to try to stay consistent and just stay in my motor development and mechanics”.

As the Ravens move a college center who played guard at the NFL level, the Steelers are now working on converting a college guard into an NFL center in time for the opener of his rookie season. Either way, both Ben Roethlisberger and Lamar Jackson will have a new man’s butt to stick his hands beneath.