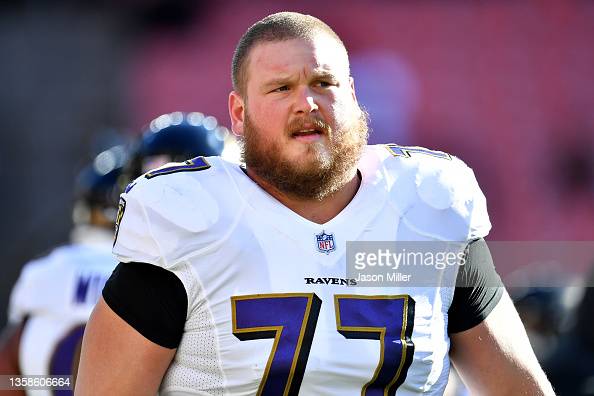 One year after failing to add veteran depth to a rebuilt offensive line, forcing a young offensive line to try and stay afloat throughout a turbulent 2021 season, the Pittsburgh Steelers and General Manager Kevin Colbert find themselves in a similar situation as last offseason: In major need of some upgraded talent along the offensive line.

Fortunately for the Steelers and Colbert, the 2022 free agency class along the offensive line feels like a solid one, one that could see the Steelers find a handful of bargains at positions of need such as center and guard, not to mention tackle.

That said, it appears though the Steelers are targeting the interior of the offensive line as it attempts to rebuild on the fly after left guard Kevin Dotson had a disappointing second season due to injuries and center Kendrick Green floundered as a rookie.

According to CBS Sports’ Cody Benjamin, there’s one name on the free agent market that could be an ideal fit for the Steelers, and it’s one they should be familiar with, that being Baltimore Ravens center/guard Bradley Bozeman.

“Pittsburgh isn’t typically keen on splashy moves for older free agents, but Bozeman is only 27 and fresh off a career year as the heart of Baltimore’s line,” Benjamin writes. “No matter who’s under center, they need to shore up the trenches.”

An emotional Bradley Bozeman, who has poured his heart into Baltimore alongside @1NikkiAnn3, expresses his gratitude with free agency looming.

After landing with the Ravens in the sixth round of the 2018 NFL Draft out of Alabama, Bozeman has appeared in 62 career games in Baltimore, starting all 16 games in each of the last three seasons at center and left guard, providing serious versatility and dependability along the interior of the Ravens’ offensive line in its power rushing attack.

Bozeman’s best season came in 2021 when he moved back to his more natural center position and turned in a career-best 73.3 overall grade from Pro Football Focus, an improvement of nearly 10 full points in PFF’s grading scale. He was called for just one penalty all season and allowed just three sacks on the year.

Bradley Bozeman pulling and sealing. Some reps he looks more athletic in space than the numbers would indicate (film is important 😎).

The Steelers sent a large contingent to Alabama’s Pro Day in 2018 and reportedly had a Pro Day dinner with a number of players that year, including eventual seventh-round draft pick Joshua Frazier. It is conceivable that Bozeman was one of those players. Add in his career in the AFC North with the Ravens and there’s certainly familiarity there.