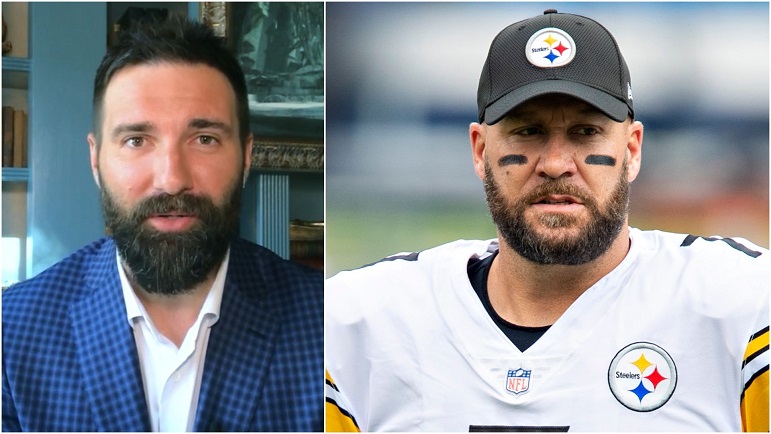 Are the Pittsburgh Steelers more likely to finish first or last in the AFC North division in 2021? That’s a question that Domonique Foxworth, Rob Ninkovich, and Jeff Darlington were all asked to answer during a segment on the Monday morning edition of ESPN’s GetUp! show.

Foxworth was the first to answer the question, and he essentially said he would bet his house on the Steelers more than likely finishing first in the AFC North than last in 2021.

“I mean, my first instinct was to say worst, but then I thought about it, and I think that it’s more likely that they’ll go first,” Foxworth said. “They swept the Ravens in the season series last year. They split with the Browns. Again, they also lost to the Browns in the playoffs, but I can’t see them being worse than the Bengals. Like, I think the Bengals are an up-and-coming team. They aren’t ready, yet. That Steelers defense deserves respect. And we’ve seen what Mike Tomlin is capable of doing. So, it’s really hard for me to figure out a way that they’re going to be last in the division, but it’s possible. I could see them beating the Browns and beating the Ravens and finding their place, first place in the division. It’s unlikely, but it’s more likely than them ending up last, in my view.”

Ninkovich was next to answer the question and made it clear that he feels it’s a lot more likely that the Steelers finish in last place in the AFC North in 2021 than in first place.

“Listen, the only thing that can help the Steelers is some Disney magic, and I don’t think it’s going to work its way up to Pittsburgh,” Ninkovich said. “So, I’m going with last on this one. The Bengals are up and coming, Joe Burrow’s coming back from his injury. He’s got Ja’Marr Chase, the receiving core, Tee Higgins also to throw at. So, I don’t think Cincinnati is going to be last place. We know the Browns are going to be great this year. So, I think that you look at the offensive line problems with the Steelers, they might possibly end up in last place. So, I’m betting the castle that the Steelers are going to struggle this year.”

That left Darlington to break the tie.

“I think that we have to just remember here as well, this division has just been so inconsistent and it’s so hard to determine which team is going to be on top,” Darlington said. “The Steelers, just as an organization, I know that feels cliché, but I just feel like the stability within that organization will get them several wins in itself. I’ll say more likely first.”

Personally, I don’t see how anyone can choose last place being more likely than first place when it comes to Steelers and the AFC North in 2021. Yes, the Bengals might be up and coming, but their quarterback Joe Burrow still has a lot to prove. Additionally, that Bengals’ offensive line is not likely to be much better than the Steelers’  in 2021. So, I think it comes down to defense at that point, and the Steelers seemingly have the better unit between they and the Bengals.

Honestly, I can see all four AFC North teams beating the snot out of one another in 2021. I seriously doubt that one AFC North team winds up sweeping the other three teams in the division. I’m also willing to bet that the best division record in the AFC North in 2021 is 4-2 and possibly even 3-3.

Assuming Steelers quarterback Ben Roethlisberger and rookie running back Najee Harris both stay healthy all season, I just can’t see Pittsburgh finishing last in the AFC North in 2021. If that’s what ultimately happens, Steelers head coach Mike Tomlin will have a lot of explaining to do once the season comes to an end.