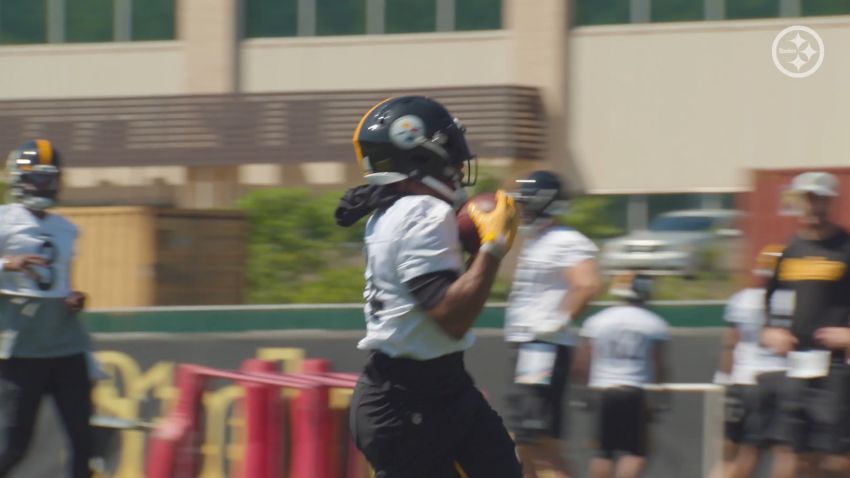 For a team with no shortage of skeptics, it is surprisingly easy to find talking heads discussing Pittsburgh Steelers players as being amongst the best in the league, or with high expectations coming into this season. We’ve sure heard plenty of talk already about first-round pick Najee Harris, the running back upon whose shoulders the task falls of resurrecting the running game.

The Alabama alum’s name recently came up during an NFL Total Access segment this week in which the topic of conversation was non-quarterback rookies who were in a position to excel as early as week one of the 2021 season.

“Someone who’s gonna have to be big and physical that I almost talked about in this one, but everyone already knows, we’re gonna also be talking a lot about Najee Harris after this first week”, Cynthia Frelund said. “Is he the guy that the Steelers really wanted to draft?”.

In actuality, she talked more about how Harris was going to be a topic of conversation rather than the idea that he is clearly primed for success. And for an offense that has seen such turnover, both along the offensive line and the coaching staff, that’s more than reasonable, no matter the runner’s individual talents.

“They need that run game. We’ve seen Ben Roethlisberger switch to these quick, short passes, and they need a run game in order to make those really effective and efficient. But we saw that kind of erode last season”, he said.

“For me, Najee Harris, he’s gonna be on your fantasy team already, so I don’t know if he’s gonna be much of a surprise, but we’re certainly gonna be talking about whether or not he paid off that first-round expectation that the Steelers put on him”.

Of course, Harris is an easy guy to talk about. He has a strong personality both on and off the field, a good heart, and is well-spoken. You have your ingredients for a topic of conversation once you add on top his talent paired with the expectations he is tasked with meeting.

With a very different offensive line, and a different offensive play-caller, there are simply too many things that we don’t know about how everything is going to look, and how effective it’s going to be, to state with confidence that Harris, great as he might be within his own area of influence, will excel from his very first snap.