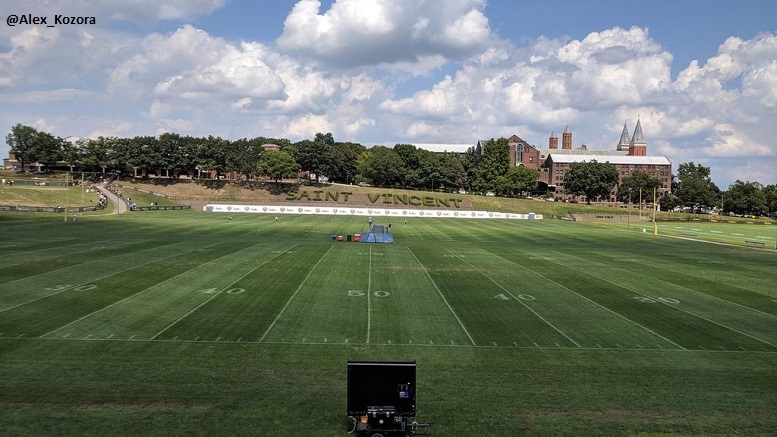 As you have likely seen by now, the NFL and NFLPA issued a memo to teams on Wednesday laying out, primarily, the differences in the COVID-19 protocol this year for those who are vaccinated against the virus versus those who are not.

The guidelines, for the time being, are in place explicitly for training camp and the preseason, and as they were last year, will always be subject to modification. One detail within there that wasn’t really highlighted, though, was the fact that it did outline that fans would be permitted to attend training camp this year—with some restrictions. Tom Pelissero reported via Twitter.

“Fans will be permitted to attend Training
Camp, provided that they are more than 20 feet away from Tier 1 staff, including
players, at all times, and adhere to physical distancing requirements. Fans will
not be permitted to interact with players at any time.”

“Fans will be permitted to attend Training Camp, provided that they are more than 20 feet away from Tier 1 staff, including players, at all times, and adhere to physical distancing requirements”, he quoted from the protocol. “Fans will not be permitted to interact with players at any time”.

Unfortunately, interaction with players is a major component of the training camp experience, and that will remain absent this year. That is a huge part of the draw for their Friday Night Lights practice, in particular.

But there will still be plenty of festivities to behold, and so far as we can tell, this should set us up to be able to return to our usual training camp reporting courtesy of Alex Kozora, which has perennially been one of our biggest draws, and of which we were deprived in 2020.

For the most part, though, it shouldn’t be much of a problem for the Steelers to set up training camp to accommodate these restrictions. They might just have to rope off larger stretches as the players exit the facilities to take the practice field, and of course they can’t shake anybody’s hand.

While it would be nice for fans to be able to get a high five or an autograph or what have you, it’s certainly much better than the alternative of not having fans at training camp at all. Last year, the Steelers weren’t even permitted to go to Saint Vincent College, as they held their training camp in an eerily silent Heinz Field in front of the empty yellow seats.

Truthfully, from my point of view, as long as we can get our eyes in the bleachers to observe practice, that’s really all I care about, and what we’ve learned of the plans for July and August so far are shaping up to allow that to happen, so for that, I’m excited.