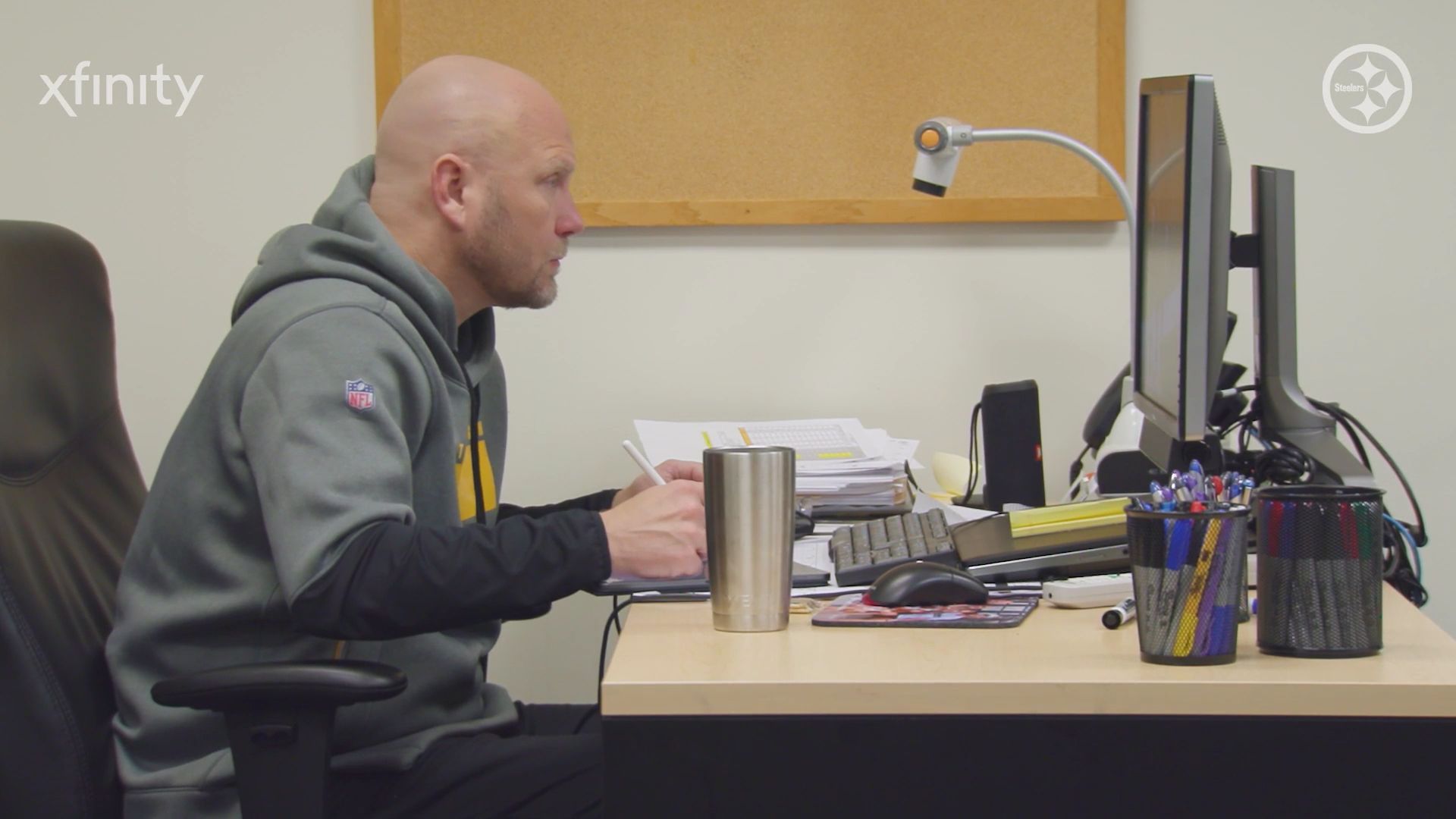 Matt Canada may have said the Pittsburgh Steelers’ offense will revolve around what Ben Roethlisberger wants, but Zach Banner knows changes are coming. And really, they’re already here. Banner joined 93.7 The Fan Morning Show on Tuesday to discuss what’s new with the team’s offense in 2021. The changes may be subtle, but to the die-hard fans, they’ll be noticeable.

Pre-snap motion might be the biggest and most obvious change to the Steelers’ offense. Last year, they ranked 23rd in pre-snap motion and have generally been in the NFL’s basement in that category for several seasons. According to our Tom Mead, Pittsburgh most often used motion on their opening script, 60% of the time, but went away from it after that (just 32% usage the rest of the game). With Canada bringing his college flair as the OC, that motion should exist throughout the game.

Based on what Banner said, it sounds like the run scheme will be tweaked this year, too. In what form or fashion and to what degree is hard to know, but the Steelers will likely run some amount of outside zone this season. It’s why they drafted an athletic center like Kendrick Green and a tackle in Dan Moore Jr. And why they brought in assistant Chris Morgan, who ran a zone scheme in Atlanta under Kyle Shanahan. All in an effort to changeup their 32nd-ranked rushing attack from a year ago.

Despite those differences, Banner credited Canada for not making radical changes his players wouldn’t be comfortable adjusting to.

“To the eye it might be different, but how we flow and how we attack the game won’t be. I think that’s probably been the best feeling going into this because like I said, going into learning a new playbook brings a lot of uncertainty, but I commend Coach Canada for not only making it easier on us but relating it to old things.”

That’s an extra benefit of promoting from within. Had Canada come from the outside, he would struggle being able to relate to old language and verbiage. But since he was part of Randy Fichtner’s system last season, serving as the team’s QB coach, he can translate both systems. So if Canada calls a route concept something new, he can point to what it Fichtner called it last season.

Banner knows it’s now his and the rest of the offense’s job to study the playbook and be ready for camp, which should take place one month from today.

“Moving forward, setting the tone and expectations really, really early in OTAs and mini camps so that way guys, I mean, we’re professional athletes, we have a month or so before camp starts. That’s more than enough time to get the new schemes and try to perfect it and work on it on our own.”