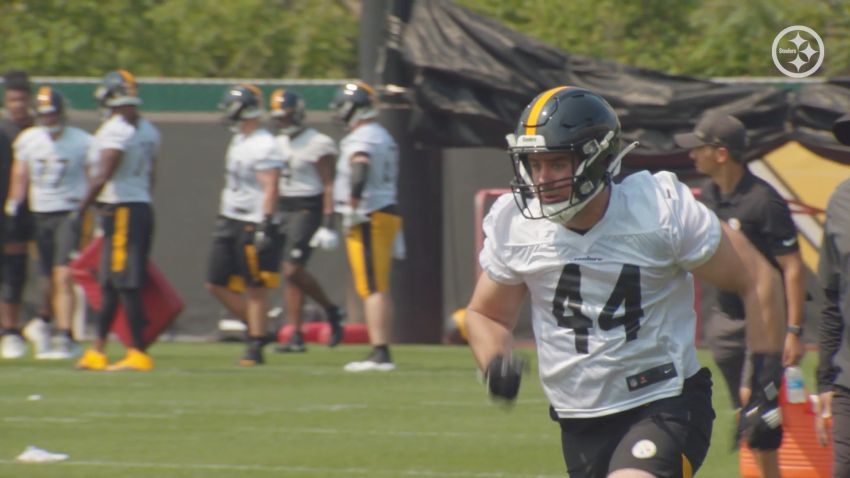 While fullbacks tend to be popular in Pittsburgh, Derek Watt isn’t exact a fan favorite among the Steelers faithful at the moment. After signing one of the largest contracts in NFL history for a fullback (three years, nearly $10 million), he missed several games in his first year with the team and hardly played on offense, in part as a result of that injury.

With the Steelers’ focus on the running game and with a new offensive coordinator in Matt Canada, there is a question about how Watt fits into that. But Canada is not unaccustomed to employing a fullback—and he’s not unfamiliar with Watt, either, who was a freshman in 2012 the year Canada was his offensive coordinator at Wisconsin.

“I’ve got a history with Derek”, he told reporters in June. “Derek’s a really, really good player, and I believe to the point of matchups and personnel changes and giving the defense more things to worry about and to look at is always a benefit to you as an offense, if the production is there. If there’s a reason to do it”.

Ostensibly, Canada’s offense is predicated upon putting his players in the best positions to succeed, and sometimes which players have the best matchup will vary from week to week. For teams whom the Steelers feel they can exploit in the run game, Watt might see more playing time.

“I think having Derek and his ability to play is great”, Canada added. “Our job as a staff is to come into the game plan, find the matchups and where they are, and I think he definitely fits into that, in certain weeks, in certain times, and having that luxury as far as play design and what we can do gives us a lot of options”.

The fullback in this era is a limited position regardless of how you slice it, sans Kyle Juszczyk, who actually regularly contributes as a runner, and sometimes as a receiver, and averages about 400 snaps a season. Even the most elaborately-used fullbacks tend to average half that or less.

So when we’re talking about Watt, realistically, we’re talking about maybe 150 snaps on offense at the upper echelons of usage, and that’s assuming the Steelers can put themselves in situations in which they can run the ball. But at least Canada is receptive to the idea.