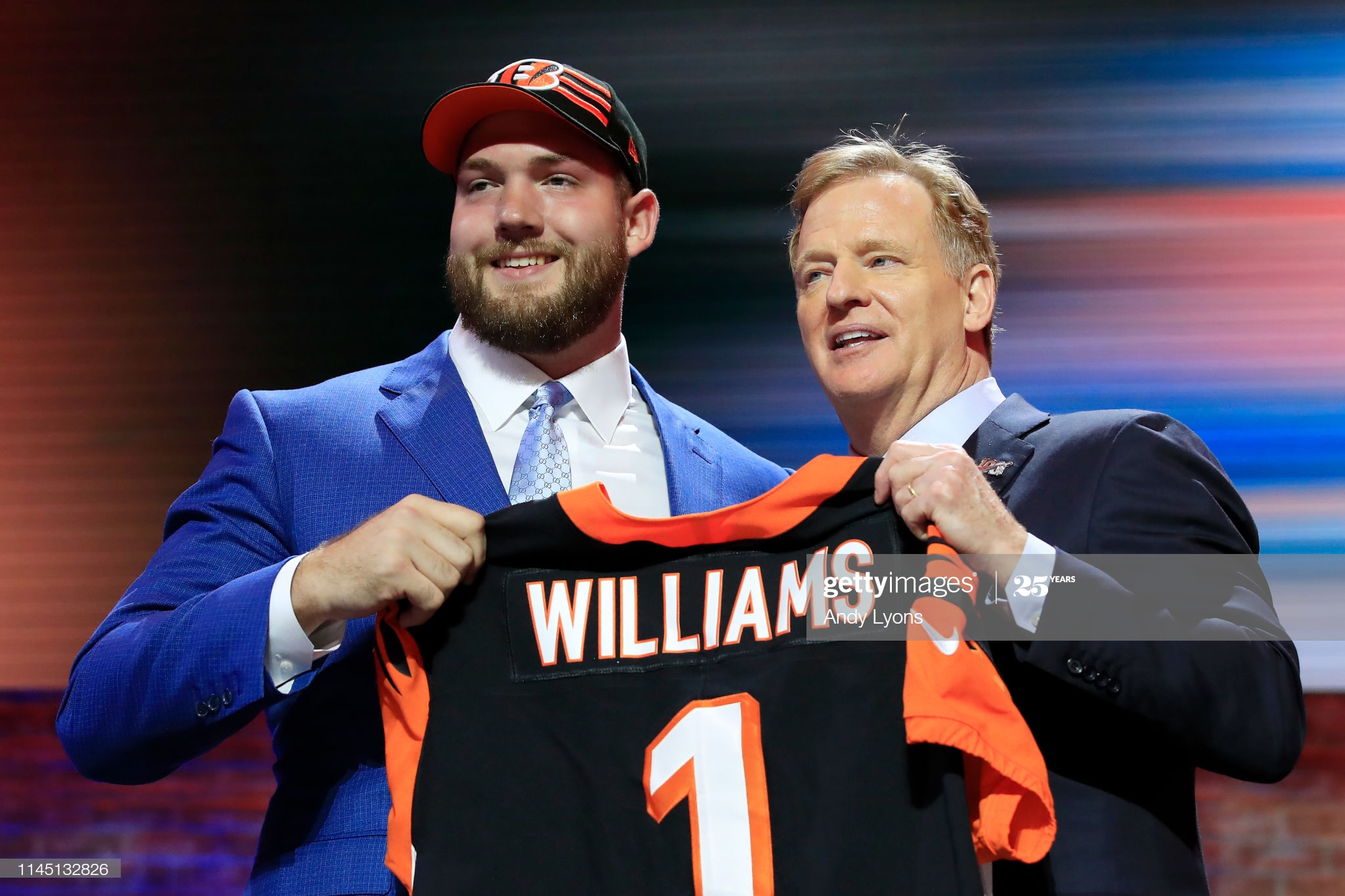 When you have your franchise quarterback, or at least you think you do, you have to make sure you have at least two other things along with him: People to throw the ball to, and people to protect him. The Cincinnati Bengals had a tough decision to make with the fifth overall pick back in April over which to prioritize, and they ultimately went with the former, adding Joe Burrow’s college teammate, wide receiver Ja’Marr Chase.

That left tackle Penei Sewell still on the table, and he predictably didn’t last long. But that means the Bengals are still moving ahead with Jonah Williams as Burrow’s blindside protector, a former first-round pick who has a lot left to prove.

Zac Taylor made Williams the first draft pick made by him as head coach after Cincinnati hired him in 2019. He missed the entirety of his rookie season due to injury, then started 10 of 10 games this past year. At least according to Pro Football Focus, he graded out at an average level, with pass protection being his stronger suit.

He recently spoke to reporters during the Bengals’ OTAs about, among other things, their decision to pass on Sewell. “That means a lot to me”, he said. “I really appreciate that from coach. I take that very seriously, and I want to prove them right and prove the team right and do what it takes to be a great left tackle”.

In fact, one of the reasons that the team leaned toward the receiver over the tackle was because of what they saw from Williams last year, with Taylor saying that he “had some really good tape” in 2020. “He’s had his ups and downs from an injury standpoint”, he added, but “when you just go back and…watch it as a whole, all of his snaps, he put some really good stuff on tape”.

While the Bengals left his side of the field untouched, they did make a change on the opposite side with Bobby Hart now gone, replaced in free agency by the more experienced Riley Reiff, who should ostensibly be an upgrade.

Williams has suffered three separate injuries in his brief NFL career that have caused him to miss games, including a torn labrum as a rookie and a sprained MCL last year, but he started every game of his collegiate career at Alabama, so not being on the field has been new for him.

“I know I’ve missed a lot of games so far, but I don’t like to look at myself as somebody who gets hurt”, he said. “I just had some unlucky, freak things. From here on out, I just try to keep my body as strong as possible”.

He can really make his head coach look smart by going on to have the sort of career you would expect from a top-15 left tackle when the Bengals were in position to draft a prospect like Sewell. Chase, of course, is the other part of the equation. It’s hard to imagine him not being a bright spot for years to come.