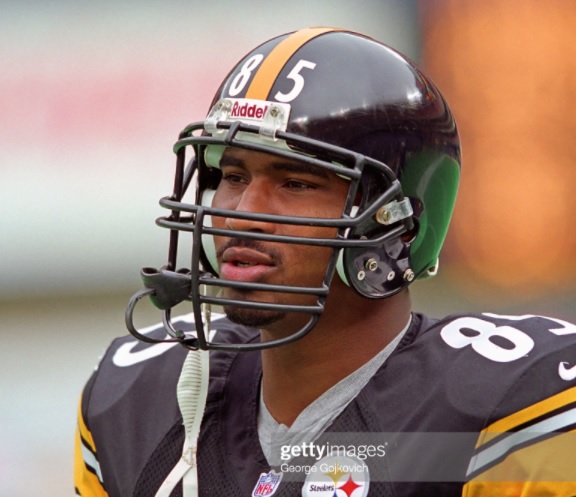 Usually when I pick a name for this series, he’s someone I at least hold vague recollection of. Cory Geason isn’t one of those guys. The way I came across him was in my “Let’s Remember R.J. Bowers” article. Watching some of those clips, I saw a name and number flash across the screen.

I like to think I’m a connoisseur of obscure Steelers’ tight ends. You’ve got your Leonard Pope’s, your Sean McHugh’s. Your Matt Cushing’s, your Jay Riemersma’s. But Geason? It was like the Men In Black got to me. Nothing in my memory banks.

Truth be told, he was an easy name to forget. But before we talk about his Steelers’ career, let’s talk about what happened before it.

Geason was born and grew up in southern Louisana. Like most eventual NFL players, he was a star of his high school team, leading them to an 11-2 record and was named District All-American three times. He reportedly had offers from big-name schools like LSU, Texas A&M, and Arkansas, but wound up attending Tulane. Perhaps they were offering a full scholarship while the others offered only partial. Or he simply felt the Green Wave a better fit. The reasons aren’t clear.

He spent his first two years as the team’s tight end, catching 36 passes and three touchdowns in 1995 and 1996 and was named first-team all-conference for his performance. A strong run blocker, the school converted him to left tackle and he excelled there too, also earning all-conference honors. He became the first player in Conference USA history to be named first-team at two different positions.

Despite the accolades, Geason didn’t hear his name called during the 1999 NFL Draft. He spent that year with NFL Europe’s Amsterdam team, switching back to tight end and playing well enough to earn NFL looks. With the Admirals, he caught 30 passes for 299 yards and three scores. The Steelers signed him for the 2000 season. He appeared in nine games that year and caught the only three passes of his career. He made them count, his first one going for 36 yards in Week 4 against the Tennessee Titans, leading to a Jerome Bettis touchdown. His third and final grab went for 22 yards in the second meeting against Tennessee.

His role was largely as a blocker, paving the way for guys like Bowers and of course, The Bus. He spent the final few weeks of his first year on injured reserve but returned for 2001, appearing in another seven games but failing to catch a pass.

Buffalo signed him as a blocker in 2002. Geason played in 10 games, again not touching the ball. He spent the 2003 training camp with the Green Bay Packers but was cut on August 26th, the same day as the team dumped former top pick QB Akili Smith. Geason’s pro career would end shortly after that.

Since then, he’s gone into the business world. According to his LinkedIn, he’s now a regional sales manager in Dallas for a company called Acelity, which appears to be in the medical device/healthcare field. He’s been in his managerial role since 2018.

He was inducted into the Tulsa Athletics’ Hall of Fame this May.

Cory Geason, your blast from the past.