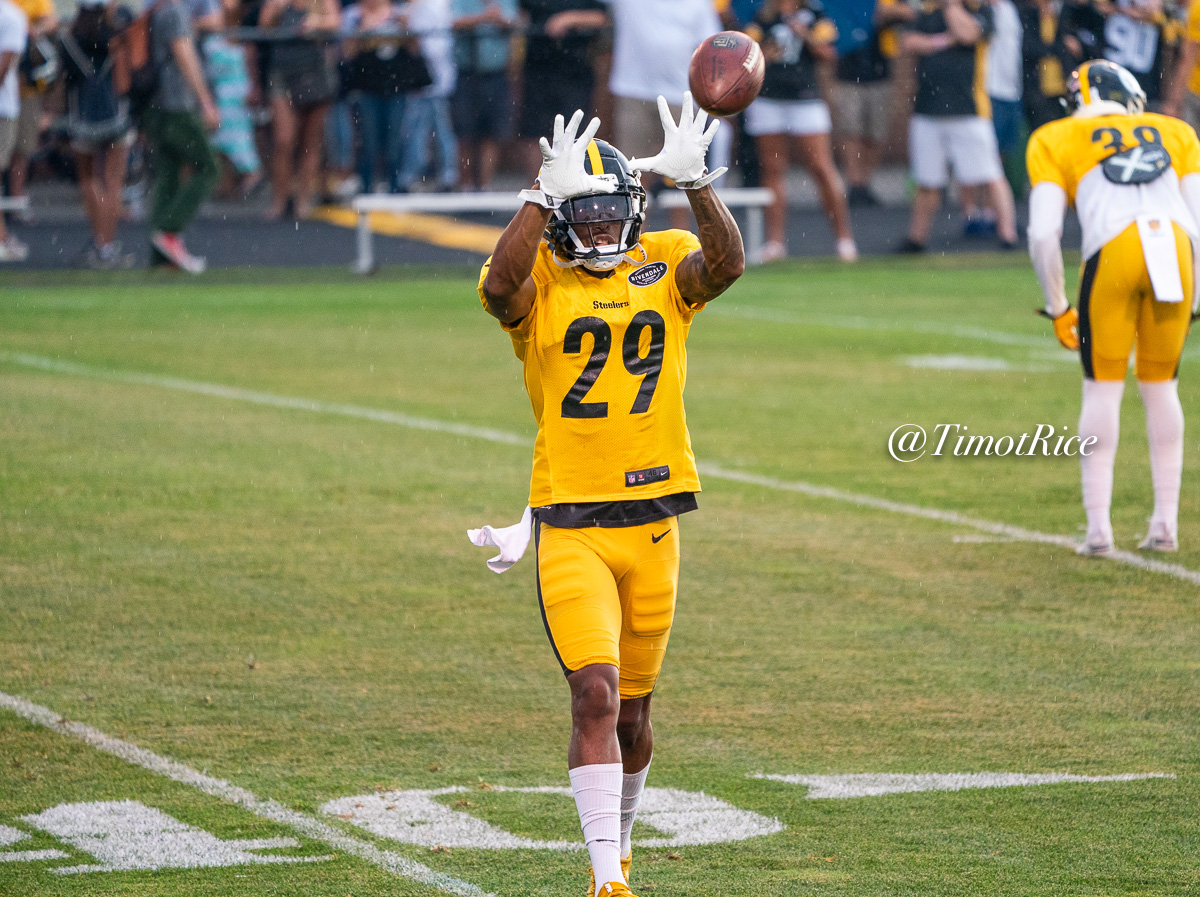 It’s said a draft class can’t be fully graded until at least three years after the picks are made. That’s why after submitting grades for every Pittsburgh Steelers pick made in 2021, I went back three years and graded every selection from the 2018 class. But why stop there? Why not continue to go back through past Steelers’ classes with even more time to prove picks good/bad, and see how well each turned out? That look back continues today with the team’s fifth-round pick in the 2017 NFL Draft, Utah defensive back Brian Allen.

Standing 6’3″, weighing 215 pounds, and possessing a solid 4.43 40 time, there was a lot to love about Allen as a prospect and longer-term project to become a defensive back at the NFL level. But despite being the ideal size/speed/athleticism combo, it just never translated for Allen. Sticking on the main roster as a rookie, Allen contributed exclusively on special teams across 10 games and 81 snaps, and then contributed 98 special teams snaps in 2018 after beginning the season on the team’s practice squad.

He never developed enough to see the field for a defensive snap for Pittsburgh, and an injury before the season in 2019 exhausted the last chance he had with the team. The Steelers waived Allen before the 2019 season, capping his career in Pittsburgh at 17 games, 183 special teams snaps, and three tackles.

This is actually the first player who has qualified for separate Steeler and NFL career sections since I launched this exercise with the 2018 draft class. That is because Allen’s size and athletic profile has intrigued a lot of NFL teams just like it did the Steelers in 2018, to try and channel those natural gifts into a starting NFL corner.

Since leaving Pittsburgh, Allen has signed with the Seattle Seahawks, Buffalo Bills, San Francisco 49ers, Cincinnati Bengals, and Cleveland Browns in the last two years. With the exception of San Francisco and Cleveland, all of those stops lasted between one week and almost a full year, and saw Allen rostered exclusively on the practice squad in-season. He nearly made it a full year with the Seahawks, lasted a week with Buffalo, and spent two months with the Bengals.

It was with the 49ers where Allen finally broke through to see defensive snaps in an NFL game. Allen played one career contest with the 49ers, earning his only NFL start, playing 24 defensive snaps, and recording three tackles. San Francisco cut him two weeks later. Allen is signed with the Browns since January, after Cleveland poached him off the Bengals’ practice squad and added him to their active roster. Allen is fighting for a roster spot this offseason and preseason, as one of nine cornerbacks on Cleveland’s 90-man roster. He’s shown enough to convince five additional franchises to gamble on him, but thus far has only played his way onto the field for one of them.

Even though the pick used was in the range where you want teams to gamble on players like Allen, it still looks bad in hindsight because Allen didn’t come close to returning the value of the late fifth-rounder spent to draft him. One and a partial seasons spent as a special teams contributor is not nothing, but it’s also not much. If Allen could have fought his way onto the field on defense, even for a short audition, that would help this grade tremendously. But only getting one career game on that side of the ball after his 1.5 years of special teams in Pittsburgh doesn’t add up to a fifth-round pick, even if getting as many teams to sign him as he did counts for a small something.

Much like yesterday’s retrospective on Joshua Dobbs, this is less a grade of merit and more of one based on the fact that cornerbacks the rest of the way in the 2017 draft failed to become contributors in the NFL. In fact, Allen is one of only two corners taken 173rd of later that started a game in his career, the other Joshua Holsey who went 235th to Washington. Allen and Holsey’s four tackles are also the most for a corner taken as late, and Allen’s 17 career games is the outright leader among that group of corners. He’s earned the most time among corners taken after him, but his statistics and performance are only barely ahead of the rest. By definition Allen was one of the two best corners remaining when Pittsburgh drafted him, but all of the ones left on the board were very close together looking back.

It’s not a group of 32 NFL contributors who directly followed Allen’s pick, but there are some names who went in the next round of selections that can inspire regret looking back in a retrospective. Going nine picks later, Aaron Jones is a star running back for the Green Bay Packers now, and leads the group of alternatives. Joining that party, Davon Godchaux went five picks after Allen, and just got paid by New England as a free agent after playing as one of the most underrated defensive tackles in football for Miami.

Wide receiver Trent Taylor went a pick above Godchaux and has flashed briefly for San Francisco. Chase Roullier has started all but two games the last three seasons for Washington at center, and averages over $10 million a season on the new four-year extension he earned from the team. And rubbing some salt in the would in the secondary are Chuck Clark and Xavier Woods, who became starters for Baltimore and Dallas as safeties. Not a group of Pro Bowlers, but a small selection led by Jones and Godchaux who rewarded teams in the 32 picks to follow Allen.

Four of the five sections received a D grade, and the final grade comes in to match. There is absolutely no fault in Pittsburgh’s reasoning for the selection. Allen offered ideal size for the cornerback position, and athleticism to imagine him becoming a very good defender on the outside. Stating it one final time, if you want to gamble on upside in the final three rounds, Allen is the exact player to gamble on.

He needed to develop over multiple seasons to begin reaching for his ceiling and earning his way onto the field for defensive snaps, though, and Allen didn’t progress the way he needed to in order to make it beyond special teams in Pittsburgh, or to an active roster for most of the teams he caught on with to follow. Pittsburgh moved on in favor of players and projects that showed better growth, cutting bait with minimal sunk cost. It’s not surprising in the least that so many teams have tried to unlock Allen’s game since then. But he hasn’t helped this pick improve since his Steeler career ended, and this goes down as a missed selection. Albeit one coming just before the final two rounds began.