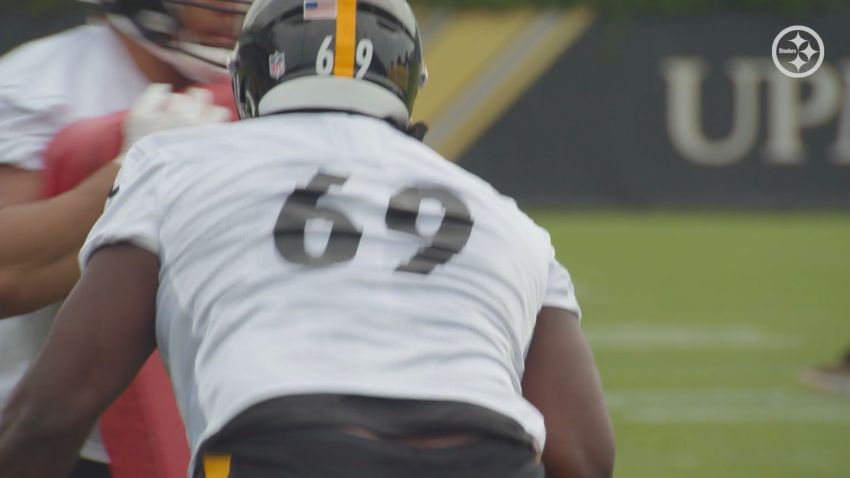 Topic Statement: The future of the guard position is still in good hands with the likes of Kevin Dotson.

Explanation: While the Steelers are set to part with arguably their second-best guard in franchise history behind Alan Faneca, in the form of David DeCastro, there is some excitement about the future of Kevin Dotson as he enters his second season, and first as a full-time starter.

Kevin Dotson may have only played about a third of an NFL season as a rookie last year, but sometimes it just doesn’t take very long to tell if somebody is the real deal. His playing time may have been limited—he did start four games—but the tape he put in was quality, as corroborated by other outlets such as PFF.

And it helps him that he was a plus in pass protection. Even as the Steelers focus on getting the running game going again, the passing game will remain supreme throughout the NFL for the foreseeable future. Given that he was supposed to be more of a road-grader, that bodes well for him in the longer-term prospects of being successful.

Even a full season is not enough to go on when evaluating a player on a long-term basis, let alone about a third of a season. We don’t know all that much about Dotson just yet, and lest we forget, the Steelers didn’t even think enough of him to keep him in the starting lineup at the end of the year.

And even if we assume that Dotson will be a great starter, there is the reality that there are two guard spots, and having one good guard doesn’t cut it. With DeCastro gone, we don’t even know who the next starter is, but if it’s Trai Turner, then that’s not a long-term answer, even if he’s not that old.

And the other alternatives? Unless Kendrick Green ultimately stays at guard for the long term, they don’t have anybody who is even a candidate for anything more than a bridge year, such as Rashaad Coward or B.J. Finney.