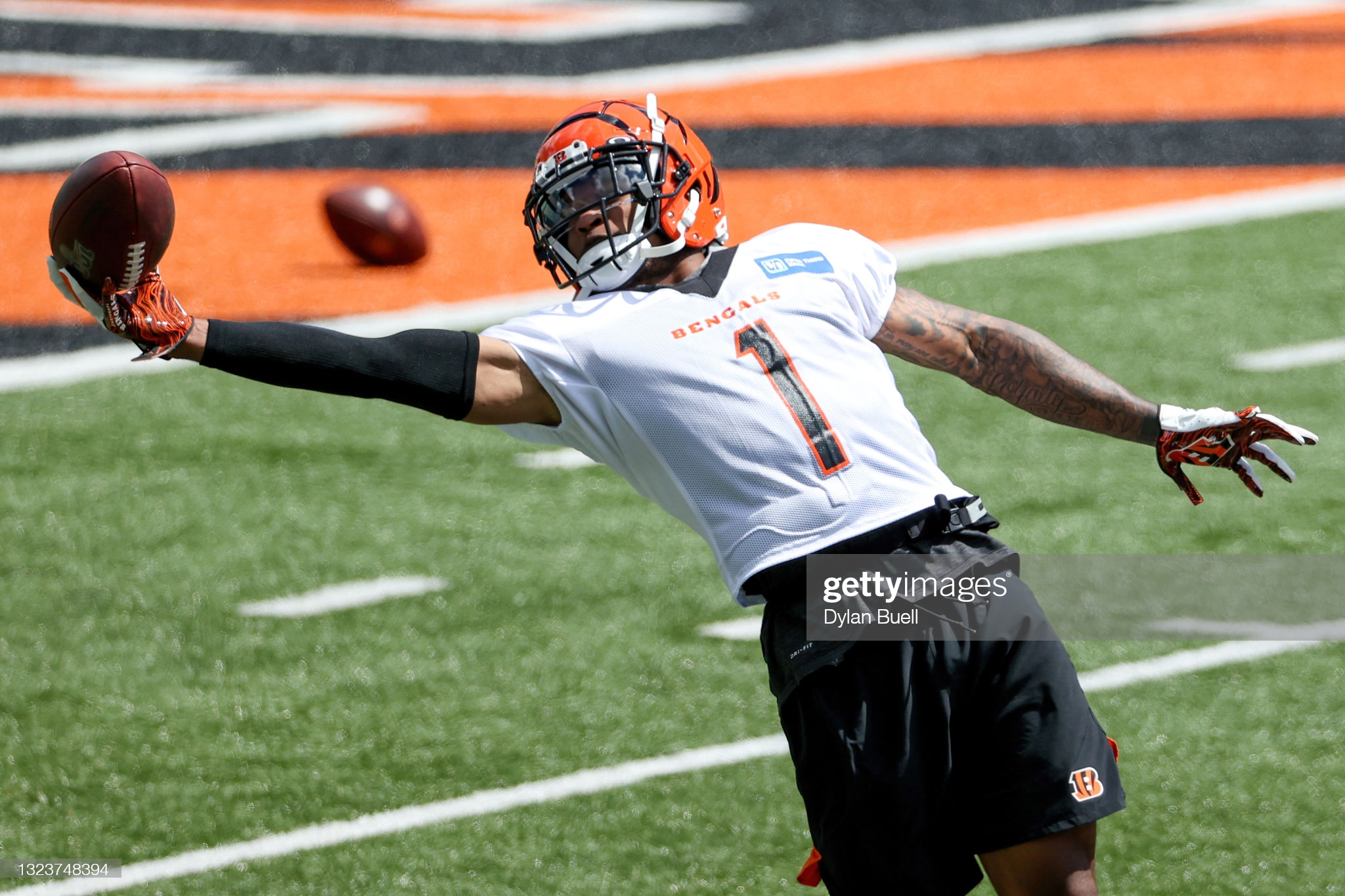 From a talent perspective, rookie wide receiver Ja’Marr Chase has been probably one of the safest prospects at the position in years, which is why he went fifth overall to the Cincinnati Bengals in April, in spite of the fact that he didn’t even play last year, and his background is really built off of one truly stellar season.

There is virtually nothing that you might want if you were building an ideal receiver that Chase lacks in terms of physical attributes. Teammates have described him as having an effortless appearance to what he does during OTAs and minicamp.

But the thing that has been most notable to Bengals offensive coordinator Brian Callahan is something more intangible. “I’ve just been impressed with his professionalism”, he told reporters during minicamp last week before the break.

“He was in great shape. He was everything you would expect from a guy that you took where we took him in the draft”, he continued, and you know how much Mike Tomlin harps on conditioning. “Mentally, he works at it. He doesn’t say a lot and he just goes. He does all the things that are required of a receiver at this level to have success”.

He certainly had success at the college level, with his NFL quarterback in Joe Burrow. As teammates for LSU in 2019—the last year either of them played in college—Chase caught 84 passes for 1,780 yards and 20 touchdowns during a 14-0 championship season.

And he was still not just the top wide receiver off the board, in a talented class, but a top-five pick. That says quite a lot about how highly-evaluated he has been, and for good reason. The Bengals are only continuing to learn about him. But they’re not concerned about his own process.

“I think that will keep his learning curve, ultimately, not very steep. I think he’ll fit right in and play like any NFL receiver’s expected to play”, Callahan said. “I think that he’s really been impressive in that regard, as far his ability to pick it up quickly mentally and then physically being able to translate those things on the field”.

Chase will be an instant-impact rookie who will pair with second-year Tee Higgins and veteran slot receiver Tyler Boyd as the Bengals’ top three at the position, all of whom were high draft picks. They have the talent at the skill positions, and under center.

The biggest question they have left on offensive is whether or not they have the line that will enable them to make the most of the pieces that they have. But that is a discussion for another article on another day.