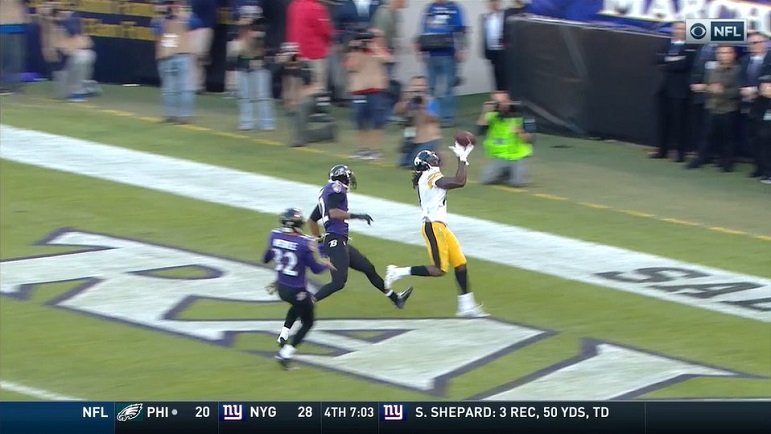 I’ve been busy contextualizing deep pass attempts of 20 yard or longer by Pittsburgh Steelers quarterback Ben Roethlisberger over the last five seasons as part of my offseason project and today I thought we would look at the breakdown of 2016 completed throws of that distance.

These season-by-season posts are not meant to draw any hard conclusions from. We will save those for after we get all five seasons, 2016-2020, of Roethlisberger’s deep pass incompletions completed to see if we can find any common trends and such.

In total, I have Roethlisberger down for 58 total pass incompletions in 2016 and that includes all playoff games that season as well. Remember, these are throws of 20 or more yards down the field and all these failed to be completed.

Of these 58 total incompleted deep passes that Roethlisberger had during the 2016 season, let the record show that five of them were dropped with three of those coming in the AFC Championship game against the New England Patriots. Wide receiver Sammie Coates was responsible for four of those five drops.

There was a total of 10 pass breakups on these 58 incompleted deep pass attempts by Roethlisberger in 2016 and there of those probably should have been intercepted. Four of the 58 were intercepted. I have 13 of the 58 incompletions down as being overthrows. I have seven down as underthrows and one a result of a throwaway. One other one was caught but just out of bounds. Seven incompletions were off target throws and three of those came against the Buffalo Bills that included snow during the game.

Coates (20) and wide receiver Antonio Brown (19) were the most targeted players on these 58 incomplete deep passes.

Seven of these incomplete passes came on either third or fourth down and with 10 more yards needed. 10 of them in total came in either the second or fourth quarter of the game and with 2:00 or less remaining on the clock.