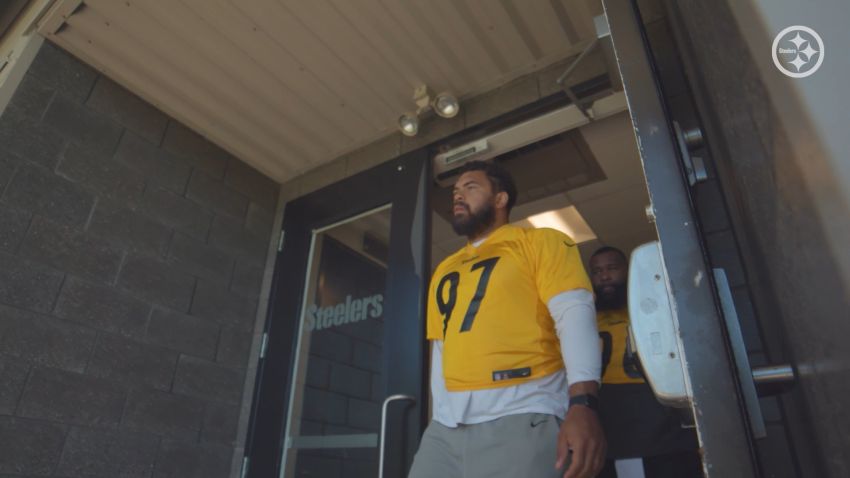 Cameron Heyward: Heyward might not make it to the Hall of Fame, but he’ll certainly be in the Steelers’ Hall of Honor. Certainly one of the great Steelers defenders in history, still playing at a high level into his 30s, and you won’t find a better person in the game.

Stephon Tuitt: We’ve always seen flashes of Tuitt’s potential. At his best, he can be a force, a game-wrecker. We saw that a lot more consistently in 2020 than we had in most years. He has to continue that, and to do so, must also stay healthy.

Chris Wormley: Wormley played sparsely in his first season with the Steelers, but after returning on a two-year deal, should hopefully have a larger role in the rotation in 2021.

Tyson Alualu: Also re-signed is Alualu, whose primary role is nose tackle, but he will still function as an ‘end’ in the Steelers’ nickel front, and so goes here. The hope is he won’t have to play there in an emergency, though, with Wormley and now Isaiahh Loudermilk.

Isaiah Buggs: Now entering his third season, Buggs is perhaps heading for a roster battle after losing ground last season to then-rookie Carlos Davis. He was a healthy scratch for much of the second half of the year.

Henry Mondeaux: Coming off the practice squad to play special teams, Mondeaux can make a push to stay on the 53-man roster this offseason.

Calvin Taylor: Taylor was an undrafted free agent rookie a year ago who spent nearly all season on the practice squad. The 6’9” Kentucky product will have to compete just to maintain that positioning, however.

T.J. Carter: Carter was signed after working out at Kentucky’s Pro Day, where he was teammates with Taylor. He was with the Arizona Cardinals after the draft a year ago but was cut before camp.

Abdullah Anderson: Anderson has played in seven total games with multiple teams since coming out of Bucknell as a college free agent in 2018. Pittsburgh signed him shortly before the draft.

Isaiahh Loudermilk: The Steelers traded a 2022 fourth-round pick for a 2021 fifth-round pick, which they used to draft Loudermilk. While many questioned the decision, the team feels that he fits their system well from a physical and schematic standpoint. He should at least be a future rotational player.

The top of the depth chart is obviously set, but there is still some jockeying at the second level. Wormley is safe as the top rotational end. Loudermilk is probably safe as a rookie fourth-round equivalent. That leaves several guys for one, possibly two more spots.

Based on how last season ended, you have to figure they like Davis, and should be the leading candidate right now to be the backup nose tackle, but Buggs still has a chance to fight his way into the conversation. Mondeaux has to show a lot, including on special teams, to get back to the 53.