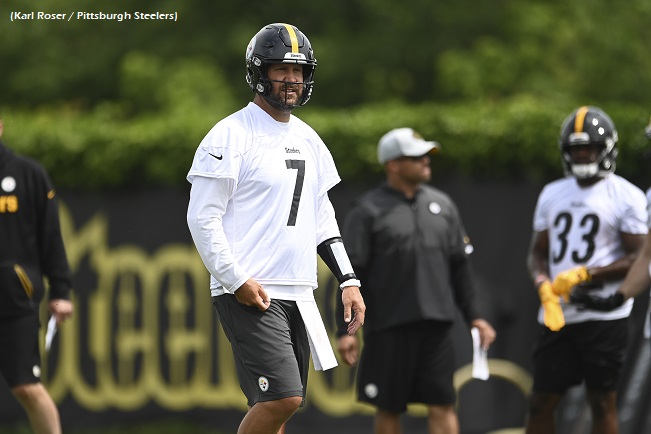 Question: Will Ben Roethlisberger want to play beyond the 2021 season?

It almost feels as though we are coming on a decade now since Ben Roethlisberger started talking about retiring. Yet he’s still going, giving up money to keep playing—though $14 million is certainly much more than $0, even if it is less than $19.

His comments have gone back and forth, weaving between different narratives. I’d argue the most consistent position he has held is the timing of when he would absolutely no longer play. That is when he feels like he’s no longer helping the team.

There have been hints in Roethlisberger’s remarks since late last season, or even in the summer a year ago, that he would certainly be open to playing beyond his current contract, which runs out after this year. But will he want to afterward?

This is not a question about whether or not the Steelers will bring him back, or whether or not Roethlisberger would be willing to play somewhere else. Would he, on a personal level, opt to play, for fair compensation, for the Steelers next year? Or will he have reached the point where he realizes that he’s done?

Obviously, that has a great deal to do with how this season goes, but his arm is what it is now. He now has the luxury of postulating that he can be better this season that he was in 2020 because he is now a full season removed from major surgery on his throwing arm. What if he’s exactly the same quarterback as he was last season—or even worse? What about his knees? Will his body make the decision for him, even before the front office does?