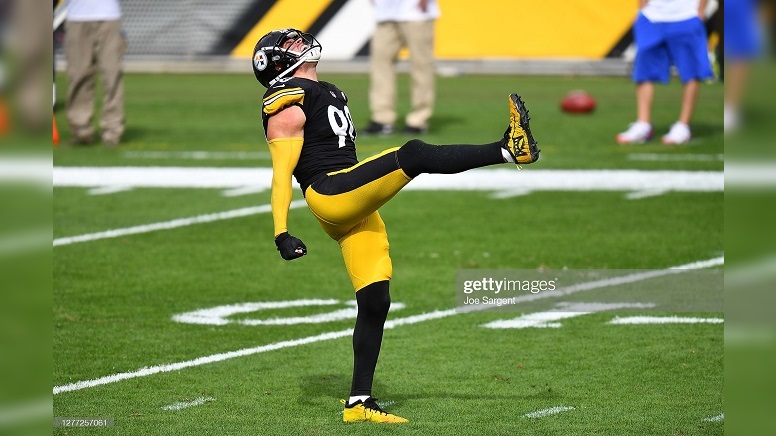 If there is one position this season where the Pittsburgh Steelers expected to have a contender for the number one player in the NFL, it’s at edge rusher, and that contender is T.J. Watt. The staff at Pro Football Focus agreed, ranking Watt higher than any Steeler has thus far in the site’s position-by-position top 32 rankings heading into the 2021 season.

PFF ranked Watt as the second-best edge rusher in the NFL behind only Chicago Bears’ superstar Khalil Mack. Here is what article author Ben Linsey said about Watt:

“Going purely off of pass-rushing production, it’s difficult to top what Watt has been able to do over the past two seasons in Pittsburgh. He leads all edge defenders in sacks (29.5) and quarterback hits (46) since 2019, falling just short of Shaquil Barrett in total pressures. Watt turned in PFF grades of 91.3 and 91.6 in those two seasons; he has developed into a legitimate Defensive Player of the Year candidate and one of the premier edge rushers in the NFL.”

Watt has done more than develop into a legitimate Defensive Player of the Year candidate. The last two seasons, he has been an award front-runner. Watt finished second in voting, 27-20, to Rams defensive tackle Aaron Donald last season (Miami corner Xavien Howard took the other three votes). The year prior, Watt finished third with 10 votes. He trailed New England corner Stephon Gilmore (21) and Arizona edge rusher Chandler Jones (14). He enters 2021 as one of the common sense and betting favorites to finally win his first award. In current odds, Watt sits third, trailing only Donald and the Cleveland Browns’ Myles Garrett.

In his Steelers career, Watt has been a two-time All-Pro, three-time Pro Bowler, reached at least 13 sacks in three of his four seasons, and recorded seven as a rookie in 2017. He already sits eighth on the team’s career leaders list. Two more seasons at his current pace would put Watt just two sacks back of James Harrison for the team’s record.

Pittsburgh’s Alex Highsmith did not appear on PFF’s rankings, as he steps into his first season as a full-time starter. The man he is replacing, though, did make PFF’s list. Bud Dupree ranked 27th, now representing the Tennessee Titans after signing there this offseason. Dupree made PFF’s list despite missing five games last season with an injury.

Watt leads the pack among AFC North players to make the top 32. Two spots below in fourth is Garrett. Cleveland was one of six teams to place multiple rushers on the list. Appearing 20th overall is new Brown Jadeveon Clowney, a recent free agent signing for the team.

Another recent signing to make the list is Cincinnati’s Trey Hendrickson, who appeared at 29th overall. The Baltimore Ravens were shut out from PFF’s list.

One other notable name is T.J.’s brother J.J. Watt, who trails his younger brother by 10 spots. J.J. appeared in 12th, not representing the Arizona Cardinals.