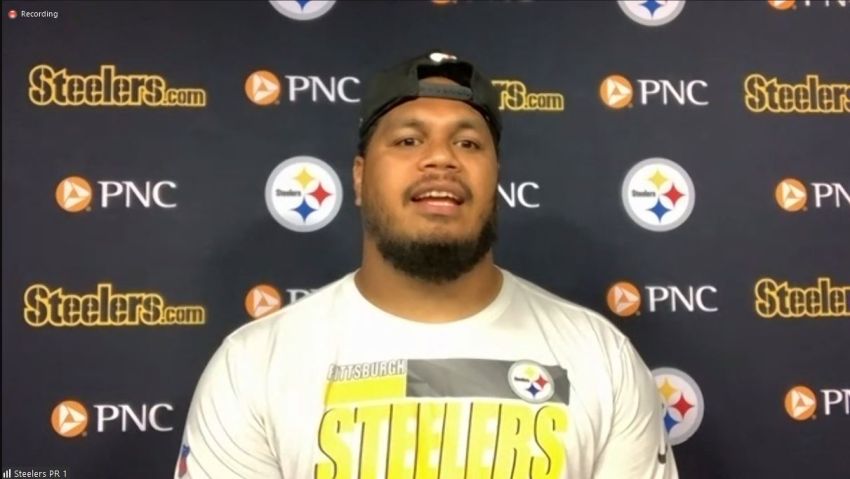 One of the oldest and most widely accepted theories on football is that it is a game that is won in the trenches. That means the offensive and defensive lines. As the Pittsburgh Steelers enter the 2021 season navigating through significant upheaval on the offensive side of the trenches, those on the defensive side understand that it is on them to set the tone for the entire team.

“Especially on the offensive line, there’s always that savvy veteran group. Now it’s a lot of young guys, with Dave [DeCastro] leading that group now”, veteran defensive lineman Tyson Alualu told reporters yesterday. “We try to be that anchor now, try and take over, and set an example that they left for us, being the veteran group”.

For a long time, it had been the offensive line that represented the leadership of this team, with veteran players like Maurkice Pouncey, Ramon Foster, Marcus Gilbert, and later, Alejandro Villanueva, stepping up as leaders on the team, in one way or another. All of them are now gone, and DeCastro is the only one left who has more than one season of starting experience.

That doesn’t mean the next group, including the young Kevin Dotson and Kendrick Green, and the returning Zach Banner, aren’t up for the task. Everybody has to start somewhere. And in the case of linemen, that also takes them into priority positions in games and off the field as well.

The defense is looking to do the same now, as the veteran group—of course, with Cameron Heyward already being a team captain, and now their primary union representative, a job he inherited when Foster retired.

“Hopefully we can set the tone for the team, both on the field and just in the locker room, getting guys to buy into what it means to be a Steeler”, Alualu added, who of course notably decided to return to Pittsburgh this offseason after having previously agreed in principle to a deal to go back to the Jacksonville Jaguars, the team that drafted him.

The Jaguars, whom he said did nothing wrong, and was like a second home to him, and only just recently sold his house there late last year, offered him a bit more money, $6 million over two years versus $5.5 million, and nearly two thirds of it guaranteed (more than twice as much guaranteed compared to the deal he signed to stay with the Steelers. But with the help of a bout of Covid, he had time to reconsider, and, I think, made the right decision. He would have pocketed $3.5 million in 2021, versus $3 million on the Steelers’ deal.

Now he’s taking it upon himself to preach the gospel of Steelers football to the next generation of players, both in the locker room and on the field. I have no doubt he will give Green and company everything they can handle, and show them, as he said, what it means to be a Steeler.