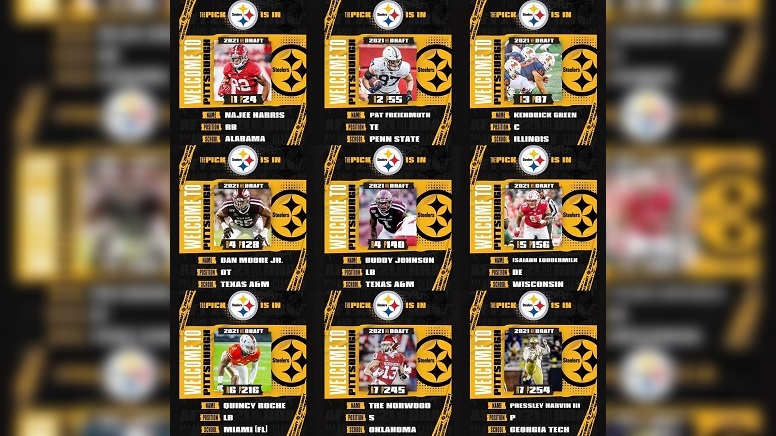 Now that the 2021 NFL Draft is over, I’m sure most of you have had more than enough time to not only fully digest the nine selections that were ultimately made by the Pittsburgh Steelers, but by other teams as well. With that said, it is now time for all of you to partake in the annual re-draft exercise and let us know in the comments below the selections you would have made for the team based on the way the entire draft played out.

If you have been visiting this site for a long time, you should know the rules by now. If you haven’t, I will lay them out for you again and they’re really quite simple.

First, for each and every round beginning with the first and pick 24, you can only select from the list of players who were still on the board between each and every pick that the Steelers made (color-coded groups). In other words, starting in the first round with the Steelers 24th overall pick, you can choose to select running back Najee Harris or one of the other 30 players who were drafted before the team’s second-round selection of tight end Pat Freiermuth. You must continue that same process throughout the entire rest of the re-draft exercise. However, for the team’s final pick of the draft in the seventh round, punter Pressley Harvin III, you can choose any player selected in the remainder of the picks or any player who ultimately went undrafted.

Here is a full list of the 2021 NFL Draft picks for easy reference.

This re-draft exercise is not only fun to look at now, but in future years, as well. I expect several of you to have quite a few interesting selections.

If you would like to look back at the 2020 re-draft exercise, here is the link. 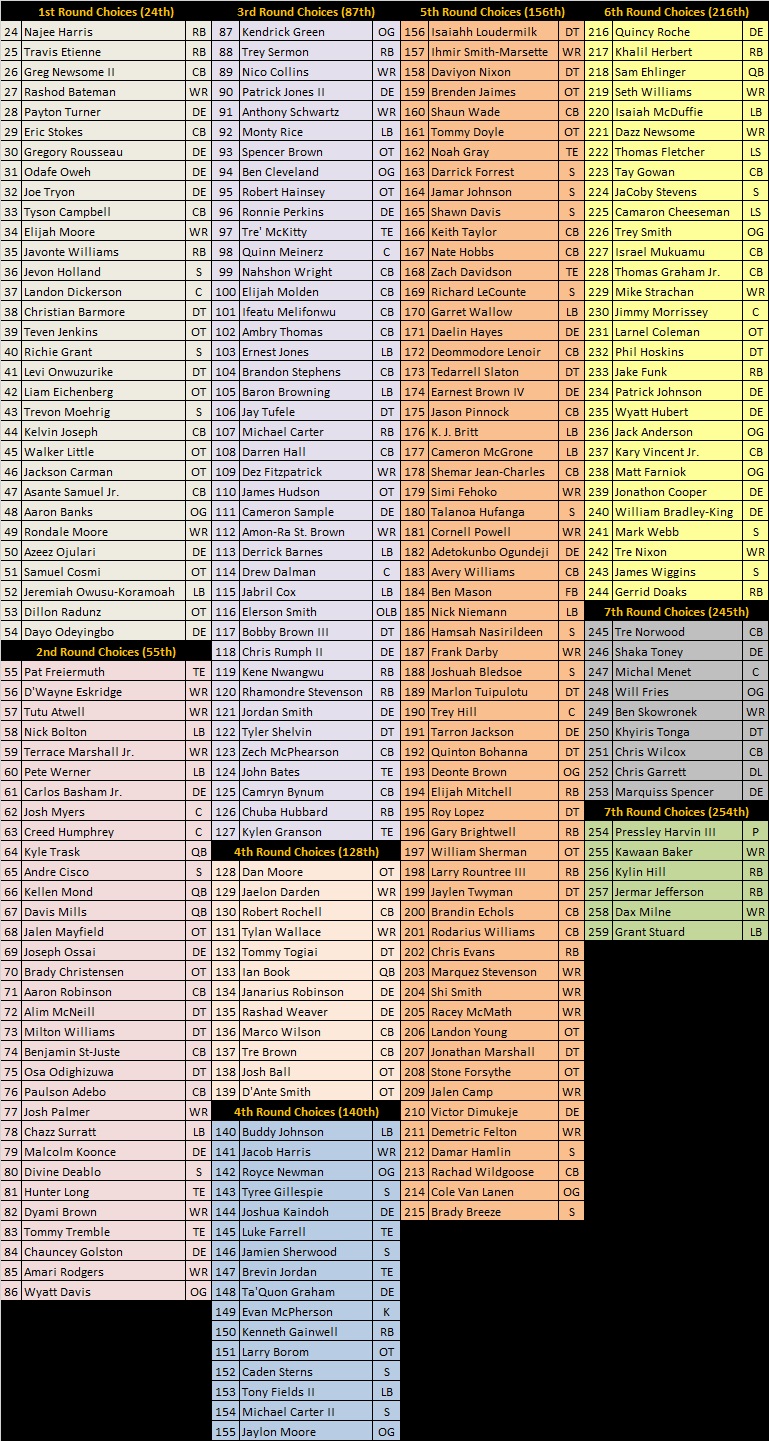