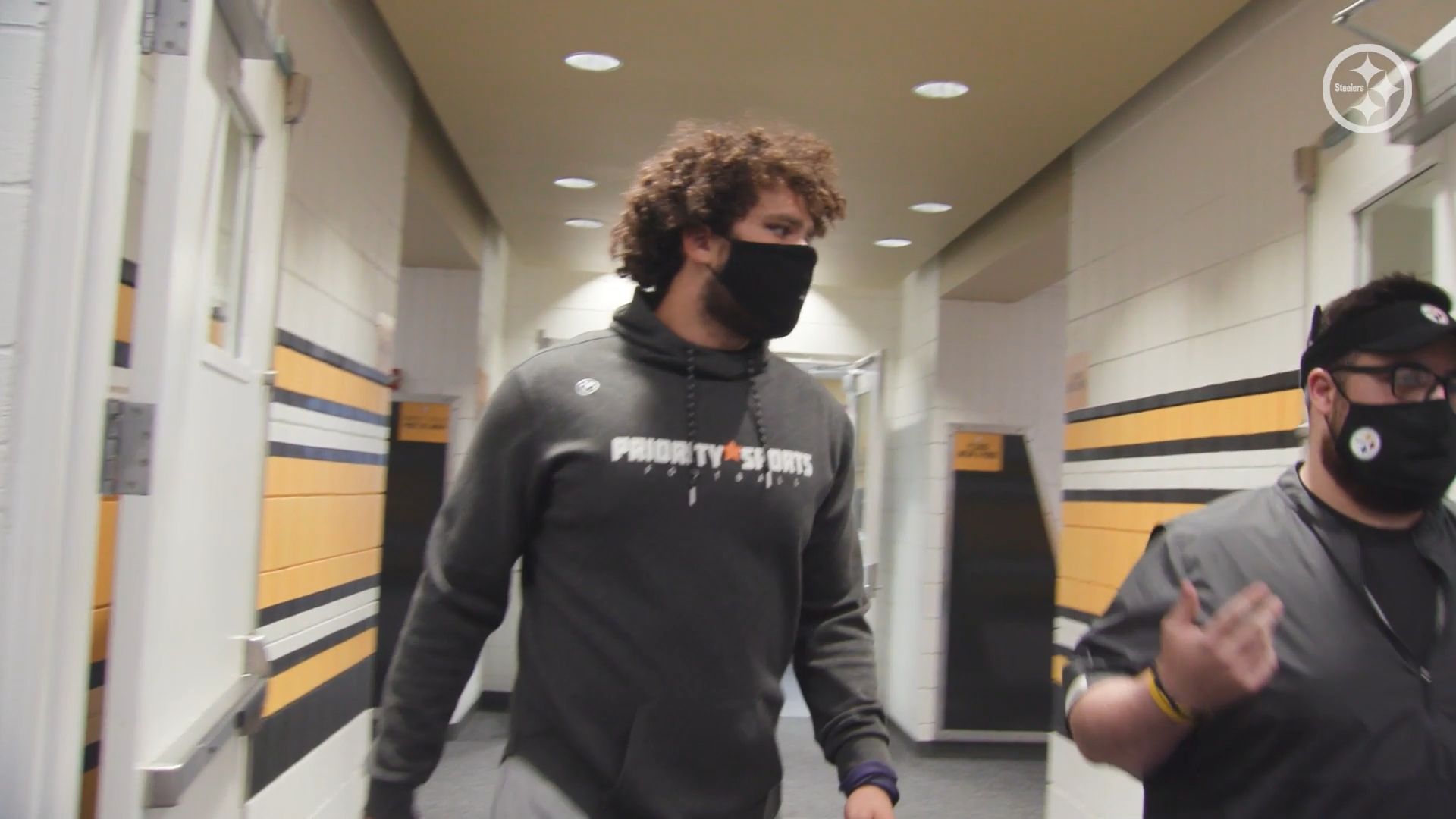 Isaiahh Loudermilk wasn’t many onlookers’ immediate favorite selection when the Pittsburgh Steelers traded up in the fifth round of the 2021 NFL Draft to bring him into the fold, but the Wisconsin defensive lineman already feels as though he will fit in very well with his new surroundings in the Steel City.

It might help to have a fellow Badger in the locker room, even if he admits that T.J. Watt and himself did not spend much time interacting during their brief overlap at the school. Where he really feels comfortable, though, is in defensive line coach Karl Dunbar’s scheme.

“The defense and tradition we had at Wisconsin was similar to what Pittsburgh has”, he said as he entered the UPMC Rooney Sports Complex for the first time to attend rookie minicamp this week, as shared by Teresa Varley for the team’s website.

“The schemes they are going to use me in are similar to what I have been doing the last four years. I heard [Coach Dunbar] said he will use me from a zero nose to a five and that is what I was doing in college. I am going to be extremely comfortable doing the things he is going to have me do”.

It’s always good to hear a rookie feel as though he will be extremely comfortable, though it should be said that expectations don’t always meet reality. Joshua Frazier was a 2018 seventh-round pick who actually played under Dunbar in college, and he failed to make the 53-man roster despite feeling as though he had a leg up due to his familiarity with his coach. But Loudermilk knows that he’s already done what he’ll be asked here.

Following the draft, Dunbar introduced his new player by calling him a defensive lineman. “When I say defensive line, he’s going to play everything from a five technique to nose”, he specified. That’s one of the reasons that the Steelers valued him enough to trade into the fifth round—giving up a future fourth to do so—in order to make sure they could land him.

“I think it’s huge being able to move along the line”, Loudermilk said for his own part. “I am not a one-dimensional player. I have played all over and worked those techniques at those positions. Being more versatile will help out. You can put me in any spot, and I will feel comfortable doing my job there”.

Despite his confidence, he still has a bit of a climb ahead of him to make it to the 53-man roster, as the Steelers have a deep defensive line room, and being a fifth-round pick doesn’t guarantee you anything. The team even cut 2015 fourth-round pick Doran Grant.

The three stalwarts upfront are virtual household names in Cameron Heyward, Stephon Tuitt, and Tyson Alualu, but Pittsburgh has a list of intriguing names competing for depth positions as well, including Chris Wormley as a veteran, as well as Henry Mondeaux and a pair of recent late-round picks, Carlos Davis and Isaiah Buggs. That’s enough bodies to fill out the practice squad as well.