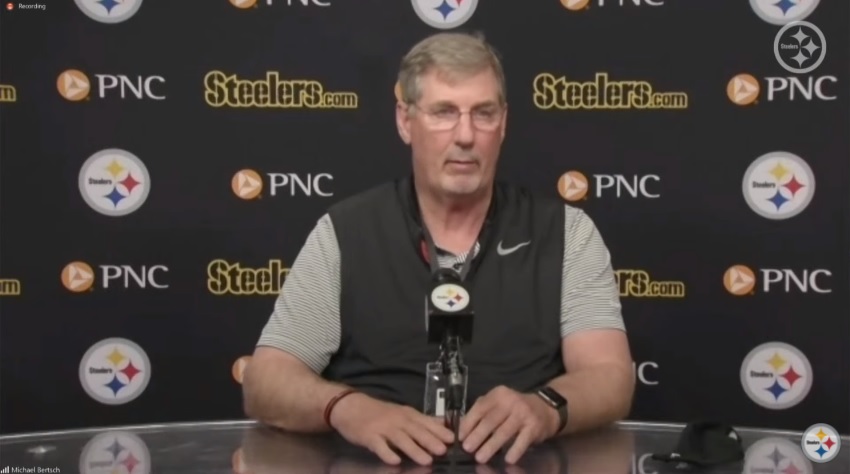 We are now into the seventh and final round of the 2021 NFL Draft. The Pittsburgh Steelers lasted 140 picks into the process before bringing in their first defensive player in inside linebacker Buddy Johnson. But after using their first four picks on offense, the final day has mostly been reserved for Keith Butler’s side of the ball.

Even though he has now gotten a linebacker, a lineman, and an edge, though, the veteran defensive coordinator admitted to reporters that the Steelers still have a need at one key area in his unit, and that’s at arguably the most — or second-most — important position on defense in today’s game.

“We’ve still got a need at corner,” he admitted while speaking to reporters just a short time ago in addressing the sixth-round selection of outside linebacker Quincy Roche. This need was created after losing Mike Hilton in free agency and cutting Steven Nelson as a salary cap casualty.

Of course, outside linebacker was another area of need for the Steelers after losing Bud Dupree and Ola Adeniyi in free agency. While they have T.J. Watt there, and Alex Highsmith is projected to enter the starting lineup, they only really had veteran journeyman Cassius Marsh behind them, so Roche was a key addition.

The Steelers do have some depth at cornerback. With Joe Haden still there and their ability to re-sign Cameron Sutton, projected to enter the starting lineup, they have three more cornerbacks who have some NFL experience in Trevor Williams, Justin Layne, and James Pierre, the latter a 2020 undrafted free agent who seemingly moved up the depth chart.

Head coach Mike Tomlin and general manager Kevin Colbert spoke highly of Layne and Pierre during their pre-draft press conference, but obviously took more of a projective tone rather than a definitive one. Obviously, both of them have a lot to prove with minimal game-time experience.

The Steelers have two picks in the seventh round with which to address arguably their last significant need, though of course many will argue that it should have been drafted earlier. As always, it ultimately depends on the player and what he does with his time here.

Pittsburgh’s secondary has undergone pretty significant changes in recent years, and only over the past two seasons has really become one of the top 10 units in the NFL. Both Hilton and Nelson were a big part of that, though of course, so was Minkah Fitzpatrick at safety.