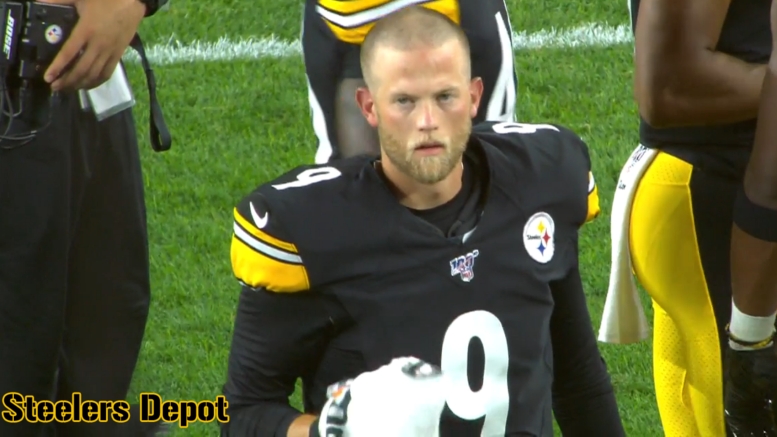 Adam Vinatieri did not play during the 2020 season, but he just recently announced that he would be retiring from the NFL following a 24-year career that saw him spend his first decade in the league with the New England Patriots before having an entire second career with the Indianapolis Colts, for whom he played from 2006 through the 2019 season.

Vinatieri officially revealed his intention to retire on his former teammate’s program. That being Pat McAfee, the Colts’ punter for years before he chose to retire early and pursue his current career, in which he has been quite successful.

The news seemed to catch McAfee a bit by surprise. But after all, Vinatieri is 48 years old. To put that into some perspective, Pittsburgh Steelers kicker Chris Boswell was just five years old when the future Hall of Famer broke into the league.

As you can guess, Boswell is just one of many, many kickers of this generation who grew up following and looking up to Vinatieri, who helped to define for an era, and redefine in general, the heights to which the position of kicker could ascend. Boswell paid his respects to Vinatieri upon hearing the news of his retirement:

In actuality, Vinatieri will retire ranked 25th all-time in career field goal accuracy, posting a career success rate of 83.776 percent. And he was more accurate during his later time with the Colts than in the early portions of his career with the Patriots. But he three times led the league in field goal accuracy for a given season, and made at least 90 percent of his field goals five times. He has made at least 30 field goals in a season four times, including 35 in 2013, and was named a first-team All-Pro three times as well.

As for Boswell, he actually currently ranks fourth all-time in field goal accuracy for his six seasons in Pittsburgh, boasting a career field goal percentage of 87.952, having made an excellent recovery from his still-mysteriously-bad 2018 season in which he made just 13 of 20 field goals. He has since been good for 48 of 52 attempts, posting a career-high accuracy of 95 percent last season by going 19-for-20. He has made the Pro Bowl, once, in 2017.

Of course, we live in an era in which Justin Tucker is taking the position to yet new heights. Tucker owns the career record to date for accuracy, making 90.654 percent of his field goals since 2012. No doubt, he will ultimately earn the record for most 50-plus-yard field goals made as well. Matt Prater just set the record last year at 59, and Tucker already has 42. Prater has been at it for 14 years.