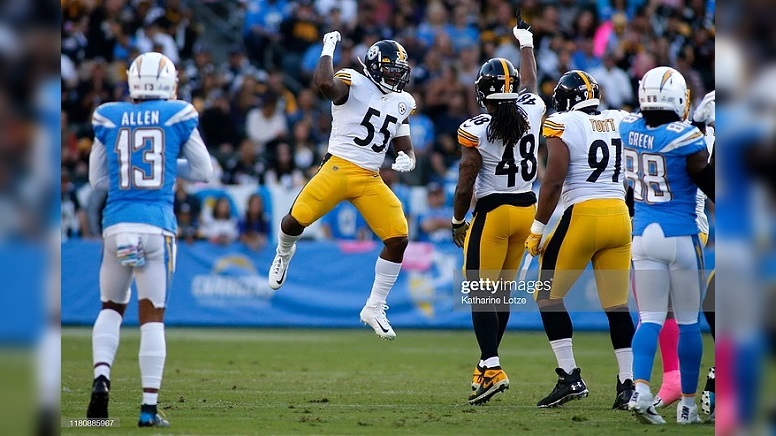 Even a torn ACL couldn’t dampen the promise Devin Bush has shown in a 21-game career to date. In a continuing series ranking the top 32 players at every position in the NFL, Pro Football Focus ranked the best linebackers in the game Wednesday. Bush came in at 17th on the list, the first linebacker mentioned from the AFC North.

Here is the explanation given by article author Sam Monson:

“We have yet to see everything Devin Bush is capable of at the NFL level. His rookie season for the Steelers was solid but not spectacular, and then injury robbed us of seeing his sophomore improvement after just a few games. Bush has flashed impact playmaking ability, but he needs to show clear improvement in consistency in Year 3.”

Bush may have been slowed by his injury five games in to the 2020 season, and had some areas to work on his consistency. But there is no denying the absolute star power he showed as a rookie in 2019. Bush’s athletic and big-play ability gave Pittsburgh the type of play it hadn’t seen since Ryan Shazier was wearing the green dot. Paired with acquisition Minkah Fitzpatrick, the duo looked like defensive cornerstones of a stalwart second level of the defense.

How Bush recovers from his torn ACL is a key question, given that athleticism and his true sideline-to-sideline range is one of the biggest traits that allowed him to succeed first at Michigan, and now in Pittsburgh. In two seasons and 21 games, Bush has 135 tackles, nine for a loss, two interceptions, four fumble recoveries, and a forced fumble.

He is the highest-ranked player with two or less seasons in the NFL. Bush also carries the banner for the AFC North, which PFF nearly shut out from its list. Cincinnati, Cleveland, and Baltimore failed to appear among the top 32.

Ranked just above Bush was the New York Giants’ Blake Martinez. One spot below was Nick Kwiatkoski of the Las Vegas Raiders. Superstar Bobby Wagner of the Seattle Seahawks earned the distinction as the top linebacker in football this season, at No. 1 overall.